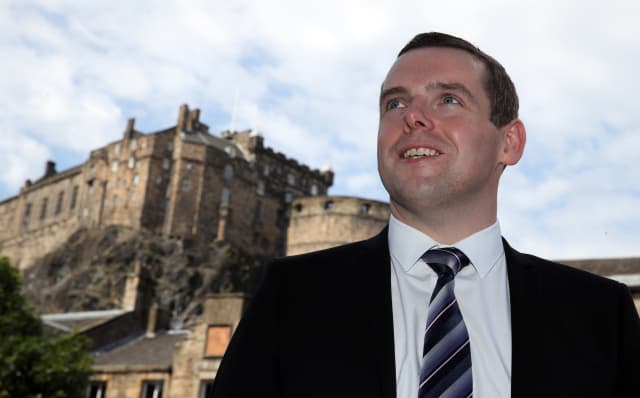 New Scottish Tory leader Douglas Ross says he has never met Dominic Cummings, the controversial adviser to the Prime Minister who sparked his resignation from the Government.

Mr Ross quit as Scotland Office minister in May, after hearing Mr Cummings’ efforts to defend his trip from London to Durham during the Covid-19 lockdown.

But Mr Ross insisted Number 10 had “no involvement” in his decision to take on that job.

Asked if Number 10 was happy for him to stand as leader in Scotland having resigned from the Government, he said: “They had no involvement.

“From my point of view, I had no discussion with them, and some people have suggested that somehow the two were connected – that I resigned as a minister and then became leader of the Scottish Party.

“Actually there were several months between the two. From my point of view, they were completely separate.

“As I said at the time, I thought long and hard about resigning from government, because at that time I knew what it meant for my future career and I’m still relatively young in politics.

“I knew the decision to resign was correct and I still do, but several months later a new opportunity arose.”

Asked if he had spoken to Mr Cummings since he resigned in protest at his behaviour, Mr Ross said: “I haven’t spoken to him before I resigned and I haven’t talked to him since I resigned.

Mr Cummings had argued that his journey to Durham in March was justified as he sought to protect his family’s health.

But controversy erupted when news of the trip emerged.

When he resigned from the Scotland Office in May, Mr Ross insisted that Mr Cummings’ interpretation of coronavirus lockdown rules was “not shared by the vast majority of people”.

The Moray MP said at the time: “I have constituents who didn’t get to say goodbye to loved ones, families who could not mourn together, people who didn’t visit sick relatives because they followed the guidance of the Government.

“I cannot in good faith tell them they were all wrong, and one senior adviser to the Government was right.”