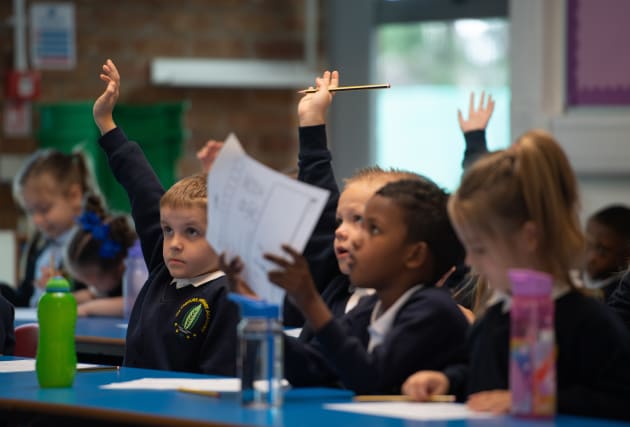 The majority of headteachers are reporting a high attendance – more than 80% – among the pupils in England returning to the classroom this week.

Schools in England have begun welcoming back students in all year groups for the start of the autumn term, with the remainder due to open next week.

Early indications from a poll, by the school leaders union’ NAHT, suggest around nine in ten (92%) schools have had more than 80% of pupils attend.

The survey, of more 840 school leaders on Friday, found more than four in five (82%) schools have had more than 90% of children turn up to school.

School leaders said the top reasons for pupils not attending school were that they were quarantining following a trip abroad, were still away on holiday or were unwell with a non-coronavirus illness.

About one in five (21%) school leaders said they had a pupil in their school who did not attend because their parents felt too anxious to send them back.

A similar proportion (20%) said they had a pupil in their school who did not attend because they were self-isolating following exposure to Covid-19.

Paul Whiteman, general secretary of the NAHT, said: “This is a remarkable achievement, but we should not take anything for granted because we know that restrictions may well be likely as we get deeper into this term.

“What’s important is that the Government gives very clear messages to schools and parents from now on so that attendance can remain high.”

The findings came as a school in Staffordshire closed as a precaution on Friday after a student tested positive for Covid-19.

The JCB Academy in Rocester – which reopened its doors at the end of last month – has now asked 100 students who came into contact with the individual who tested positive to self-isolate for the next 14 days.

Jenny McGuirk, principal of JCB Academy, said: “We have taken swift and decisive action to mitigate any risks and the measures we have taken go above and beyond the advice given to us from Public Health England.

“In the meantime, the JCB Academy will reopen on Monday for the remaining 700 students. Those who are self-isolating will be able to access learning on Google Classroom for their lessons.”

She added that robust measures were put in place – including compulsory hand sanitising and the wearing of face masks between classrooms – before the school reopened for the autumn term.

It is the first time many pupils have stepped into a classroom since March, when schools were closed due to the coronavirus pandemic.

The Department for Education has said fines for parents who refuse to send their children to school will only be used as a “last resort”.

Mr Whiteman added: “Obviously for some, the anxiety of coronavirus means that they do not feel able to send their children to school.

“Schools will work compassionately with these families and they should not be shamed or fined, which is why we are restating our appeal to the Government to take the threat of fines off the table.”