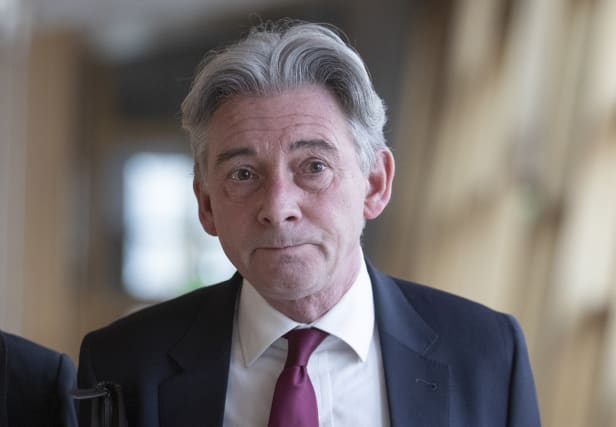 Labour peer Lord Robertson has said Scottish Labour leader Richard Leonard standing down would be “a start” in helping boost the party’s chances of winning the next general election.

The former defence secretary said the party has to recover to produce a Labour government at the next election and if Mr Leonard were to stand down it would be “a start in recovering Labour’s fortunes in Scotland”.

He has joined other Labour peers who have signed a letter urging Mr Leonard to do what is best for the party and the country.

It comes after four of his MSPs – James Kelly, Jenny Marra, Daniel Johnson and Mark Griffin – called on Mr Leonard to go, while Rachel Reeves, shadow chancellor of the Duchy of Lancaster, told Sky News: “I think that Richard Leonard needs to think about his position.”

Lord Robertson, former Secretary General of Nato, told BBC Good Morning Scotland: “It’s more in sorrow than in anger that I say if Labour in Scotland is going to be the alternative government in both the UK and in Scotland then we have to do something about it, and him standing down would be a start in recovering Labour’s fortunes in Scotland and Labour’s chances of forming a government at the UK at the next election.”

He added: “In all decency and in honour he should look at the example of Jeremy Corbyn, Ed Miliband, Kezia Dugdale, Neil Kinnock and even Michael Foot, who all resigned after dreadful election results.

“We have got to recover in Scotland in order to produce a Labour government at the next election at the UK level and it can only be done if we have a new leader in Scotland and we have a different attitude to the Scottish people to recover where we used to be.”

He said that the country needs to have a “proper social democratic alternative” to what is being promoted by the SNP government at the moment.

Lord Robertson added: “We’re on the edge of an economic precipice at the moment and we’re in the middle of a health emergency, so Scotland needs to have a strong opposition.”

Mr Leonard has ruled out taking part in a leadership contest to silence doubters in Scottish Labour.

Speaking to the PA news agency on Thursday he said he has received “hundreds of messages of support”, but shut down talk of taking on a challenger from within the party.

When asked if he would consider accepting the challenge and putting the decision in the hands of members, Mr Leonard said: “I really don’t think that’s necessary.

“There’s a group within the parliamentary group in Holyrood who have never really accepted the decision of the party membership in 2017 to elect me as the Scottish Labour Party leader.”