PM says UK is ‘overwhelmingly proceeding as one’ after quarantine confusion 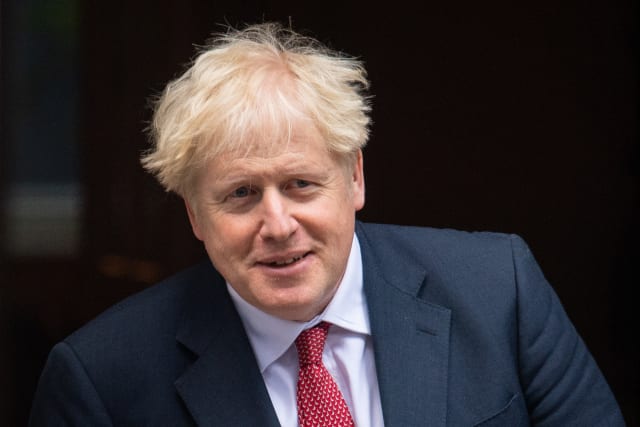 Boris Johnson has insisted that “overwhelmingly the UK is proceeding as one” after his Transport Secretary admitted there is “confusion” over differing quarantine rules across the union.

Grant Shapps defended the decision not to impose restrictions on people entering England from Greece and Portugal despite Scotland and Wales ordering periods of isolation to slow the spread of coronavirus.

But there were questions over whether the Westminster Government was heeding the advice of the Joint Biosecurity Centre (JBC), which advises on the threat faced by travel from foreign nations.

The Scottish Government defended its decision to impose a 14-day quarantine for arrivals from the tourist destinations after Mr Shapps suggested it had “jumped the gun” on Greece.

A spokesman said the Transport Secretary had announced the decision before hearing the JBC advice indicating a “significant rise” in prevalence of Covid-19 in Portugal.

The Prime Minister said that different devolved administrations have “different rates of infectivity” and approaches to the crisis.

“But overwhelmingly the UK is proceeding as one,” he said, during a visit to Solihull.

Scotland and Wales are imposing 14 days of isolation on arrivals from Portugal. Scotland is also including Greece on its quarantine list, while Wales added seven Greek islands.

But Mr Shapps concluded that travellers could continue to arrive in England from Portugal and Greece without having to quarantine.

“I do realise it creates confusion for people not to have a single rule, but we do have this devolved approach throughout the United Kingdom and I can only be responsible for the English part of that,” he told Sky News.

The Cabinet minister said the Government’s review concluded no changes were necessary partly because “test positivity for example in Portugal actually came down” while the number of cases overall in Greece had fallen.

But the Scottish Government spokesman said: “In the case of Portugal, it was unfortunate that the UK Government announced their decision yesterday before ministers from England, Scotland and Northern Ireland met and before considering the latest Joint Biosecurity Centre data.

“This indicated a significant rise in both the prevalence of the virus in Portugal and in test positivity.”

Downing Street did not deny that the advice from the JBC was that travel from Portugal and the six Greek islands restricted by Wales presents a risk of spreading coronavirus.

Welsh health minister Vaughan Gething said Wales was acting “in line with” the risk assessments from the quarantine on arrivals from those areas.

“Seeing a rising tide of infections coming in from that list of islands, having that direct experience in Wales and very clear advice about the higher risk to UK public health from the JBC, I did not feel that there was any course of action other than taking some form of action,” he told BBC Radio 4’s Today programme.

A No 10 spokesman said: “Ministers assess the data which is provided by JBC and the JBC risk assessments are assessed by ministers.”

There were 418 coronavirus cases recorded in Portugal on Thursday.

This was the country’s largest daily amount since July 10 and brings its seven-day rate of cases per 100,000 people up to 23.1.

A rate of 20 is the threshold above which the UK Government has considered triggering quarantine conditions.

Meanwhile, the Prime Minister continued to resist pressure from airline bosses to use testing upon entry to minimise the quarantine period, saying isolation would remain “vital”.

He said he understands “the difficulties” the industry is going through but said testing at points of entry only identifies 7% of the cases.

“That’s why the quarantine system that we have has got to be an important part of our repertoire, of our toolbox, in fighting Covid.”

In Wales, the need to isolate for 14 days when arriving from Portugal, Gibraltar and seven Greek islands came into force at 4am on Friday.

In Scotland, passengers arriving from Portugal will have to quarantine from 4am on Saturday, as well as those arriving from French Polynesia.

Scotland began requiring travellers from anywhere in Greece to enter quarantine from Thursday.

Northern Ireland chose not to change its guidance, meaning Greece and Portugal are still exempt from the restrictions.