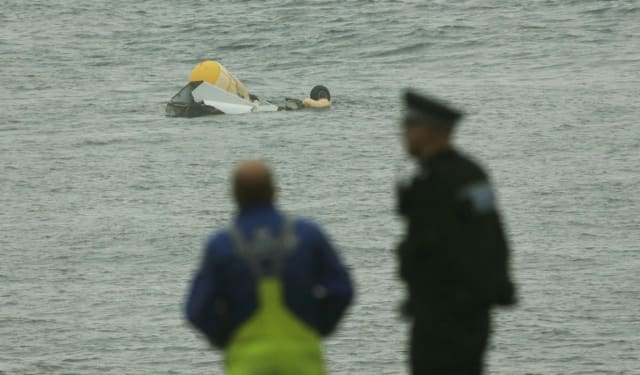 The pilot of a helicopter which ditched into the sea with the loss of four lives missed a final prompt which could have saved the aircraft from crashing, an inquiry has heard.

An Air Accidents Investigation Branch (AAIB) inspector said the helicopter may have been “recoverable” when the commander was told it was at 400ft (122m) and she could not explain why he did not take action as standard operating procedures stipulated.

The inquiry heard that when the co-pilot gave the pilot flying the aircraft the prompt “100 to go” as they approached Sumburgh, which meant the helicopter was 400ft above the sea, he replied “Roger” instead of “levelling” as expected.

Martin Richardson QC, leading the inquiry for the Crown, asked what significance the AAIB attaches to the response to the “100 to go” prompt.

Alison Campbell, a senior inspector with the AAIB, replied: “There are two significant factors to that ‘100 to go’. The first is that at 100 to go the company’s standard operating procedures were for the commander to answer ‘levelling’ and secondly for the commander who was the pilot flying to begin to level the helicopter.

“Neither of those occurred. The reason that is significant is that was probably the last prompt they had through standard operating procedures (SOP) and the SOP calls to realise the situation they were getting themselves into so at that 100 to go point they were somewhere around between 50 and 60 knots of speed and at 400 feet.

“I can’t be certain but from that point it was possible that the helicopter was recoverable.

“It would have been difficult because it was below that 70 knots but it is possible that the helicopter was recoverable at that point and it was a prompt.

“The communication between the crew – ‘100 to go’ – should have prompted something and unfortunately in that case it didn’t.

“Why the commander answered as he did we cannot explain, and why he didn’t action what he had probably done hundreds of times before equally I can’t explain.”

She also told the inquiry that, in the brief the commander, Martin Miglans, gave the co-pilot ahead of the journey, he did not tell him which autopilot mode he was going to use and how he was going to fly the approach.

Ms Campbell said this meant the co-pilot did not have a “full picture” of what the commander intended to do and was “always playing catch-up”.

The inquiry also heard that the helicopter might not have crashed if all the available automation had been used.

The FAI heard that the aircraft was being flown in three axes mode – which controls pitch, roll and yaw – as it approached Sumburgh.

However the full four axes autopilot, which also controls speed, was not being used.

The inquiry, being heard virtually due to coronavirus measures, was told that the standard operating procedures (SOP) laid out by the helicopter’s operator, CHC, at the time specified using three axes mode on the approach.

Ms Campbell, a qualified plane and helicopter pilot, said the helicopter was “perfectly entitled to fly in three axes” and that would not be regarded as bad practice.

However she said: “I think it would have been better for the aircraft to have used all the automation available to the crew; it would have helped them and reduced their workload.”

Mr Richardson asked: “What is the AAIB’s view as to the optimal use of automation in an approach of the kind that the helicopter was carrying out in the present case?”

Ms Campbell replied: “I think the AAIB’s view is that had the crew had used four axes rather than three axes we wouldn’t all be sitting here now.”

Survivor Samuel Bull took his own life in London in 2017, which Sheriff Principal Derek Pyle, hearing the inquiry, said was “directly caused” by the crash.

An AAIB report published in 2016 found that the pilots failed to properly monitor the flight instruments and failed to notice their speed was decreasing until it was too late to avoid the Super Puma plunging into the sea.