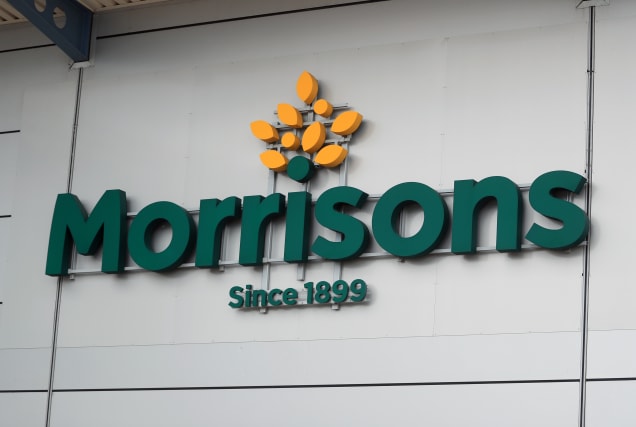 Morrisons is set to tell investors that its grocery sales have continued to surge through the first  half of the year as it looked to maintain momentum following the coronavirus lockdown.

Shareholders in the business will await details of how the supermarket has been able to keep its discounter rivals at bay when it unveils its half-year results on Thursday.

The Bradford-based retailer is expected to reveal continued strong growth in sales during the second quarter as it expanded its online operations.

Analysts at Jefferies have said they expect like-for-like sales growth, excluding fuel, to have accelerated to 11.3% in the second quarter to August 3.

A consensus of experts has estimated 10.7% growth during the period, with a 9.5% jump predicted in its retail division.

Grocery sales are expected to have remained solid as diners continue to eat the vast majority of meals at home, very slowly returning to previous habits of eating out at restaurants and cafes.

He said: “In this time the group has delivered an amazing outcome at pace, doing the right thing for its customers, suppliers, the NHS, employees and wider society.”

However, the analyst predicted that profits will be down 28% to £142.5 million for the half-year.

At its last update, chief executive officer David Potts estimated that the benefit of state support through a business rates holiday will be broadly offset by the jump in costs caused by Covid-19.

Morrisons reacted to the crisis by rapidly expanding its online business to react to higher demand and launched a partnership with Deliveroo to grow into the on-demand home delivery market.

The increased importance of online sales has helped to buoy the “big four” supermarket chains in their battle against the German discounters, which have limited online operations.

Latest figures from Kantar showed that Morrisons increased its market share by a tenth of a percentage point to 10.2% in the 12 months to August, after the rapid growth of Aldi and Lidl was stemmed by the virus.

Investors will also find out whether or not their will be a second special dividend pay-out, after the retailer deferred its decision due to uncertainty caused by the pandemic.