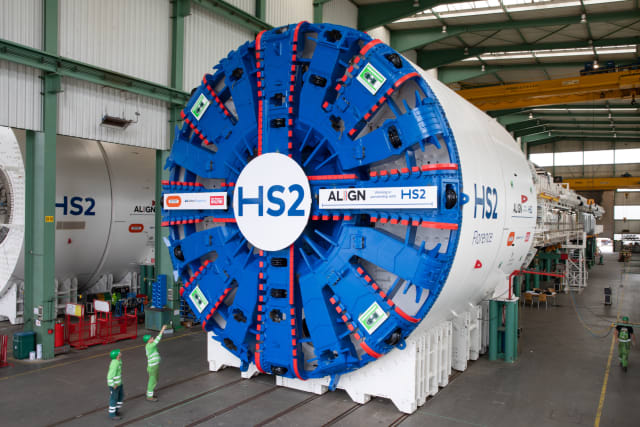 Transport Secretary Grant Shapps has claimed HS2 is being built to last “150 years” as he defended its continuing need on the day construction formally begins.

The pandemic has led to many more people working from home, with demand for trains more than halved, but speaking ahead of a “shovels in the ground” event for HS2 at an undisclosed location, Mr Shapps insisted it is wrong to think the virus has made the high-speed railway unnecessary.

He told BBC Radio 4’s Today programme: “We’re not building this for what happens over the next couple of years or even the next 10 years.

“We’re building this – as with the west coast and east coast mainlines – for 150 years and still going strong.

“So I think the idea that – unless we work out a way of teletransporting people – that we won’t want a system to get people around the country… is wrong.”

He said: “HS2 is at the heart of our plans to build back better – and with construction now formally under way, it’s set to create around 22,000 new jobs.

“As the spine of our country’s transport network, the project will be vital in boosting connectivity between our towns and cities.”

All revenue and cost risks from existing rail franchises were transferred to the UK, Scottish and Welsh governments in March to ensure services continued despite the collapse in demand caused by the coronavirus lockdown.

This has cost taxpayers at least £3.5 billion.

Despite it running tens of billions of pounds over budget and several years behind schedule, the PM gave the green light for the railway in February.

Two months later, ministers gave the go-ahead for it to enter the construction phase between London and the West Midlands.

Work will begin with the biggest engineering challenges – such as the stations and tunnels – followed by the main viaducts and bridges.

Most activity this year will be focused on HS2’s city centre stations and major construction compounds, including at Old Oak Common, west London, and Calvert, Buckinghamshire.

HS2 Ltd chief executive Mark Thurston said: “This is a hugely exciting moment in the progress of HS2. After 10 years of development and preparatory work, today we can formally announce the start of full construction, unlocking thousands of jobs and supply chain opportunities across the project.

“We are already seeing the benefits that building HS2 is bringing to the UK economy in the short term, but it’s important to emphasise how transformative the railway will be for our country when operational.

“With the start of construction, the reality of high-speed journeys joining up Britain’s biggest cities in the North and Midlands and using that connectivity to help level up the country has just moved a step closer.”