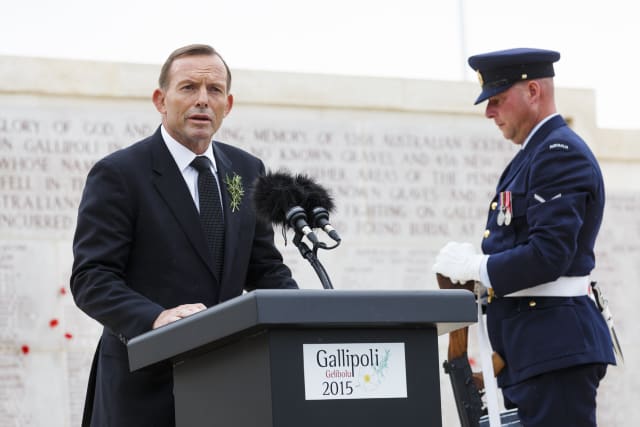 The Government has come under further pressure to scrap plans to give former Australian prime minister Tony Abbott a senior trade role amid allegations of homophobia and misogyny.

Downing Street insists no decision has been made but Mr Abbott is in talks to become joint president of the relaunched Board of Trade.

Critics have raised numerous concerns, including over his climate change scepticism and belief that coronavirus restrictions should be lifted.

The letter, reported by ITV News, said: “This is a man who described abortion as ‘the easy way out’ and suggested that men may be ‘by physiology or temperament more adapted to exercise authority or to issue command’.”

“For all these reasons and more besides, this man is not fit to be representing the UK as our trade envoy,” the letter added.

It concluded: “If the Government is truly committed to an outward-looking future for Britain, to tackling climate change and to creating an equal society for all, it should reconsider its proposed appointment.”

Mr Abbott has previously said he felt “a bit threatened” by homosexuality and was accused of misogyny by fellow former Australian prime minister Julia Gillard.

He has been defended by his sister Christine Forster.

In a statement posted to Twitter, she wrote: “It is nothing short of dishonesty for commentators and politicians who do not know Tony to label him a ‘homophobe and a misogynist’ for the purposes of scoring cheap political points.

“As a woman who has always been part of his life and who came out to him as gay in my early 40s, I know incontrovertibly that Tony is neither of those things.”

She concluded that her brother would be an “outstanding” UK trade envoy based on his track record as prime minister.

Health Secretary Matt Hancock, wearing an NHS badge with the LGBT rainbow flag, was questioned on Sky News on Thursday over the suitability of Mr Abbott, who led his nation from 2013 until he was ousted by his own party in 2015.

Mr Hancock said he does not believe Mr Abbott is homophobic or misogynistic and, when pressed, added: “He’s also an expert in trade.”

After days of criticism, speculation is mounting that Downing Street may back down from their plans.

On Friday, Transport Secretary Grant Shapps stressed Mr Abbott has not been handed a role, telling Sky News: “I hate to bring us back to reality but he hasn’t been appointed to anything and as far as I know there haven’t been any appointments made.

“There are lots of people with whom their comments I vehemently disagree but I’m not into defending people who are not actually carrying out any role for the British Government.”

He committed to return to the show to discuss Mr Abbott’s record “if” he is appointed.

Labour has written to the Government urging it not to appoint Mr Abbott, saying to do so would be “completely unacceptable” because of his “offensive and outdated” views.

In a letter to International Trade Secretary Liz Truss, shadow women and equalities secretary Marsha de Cordova said: “Tony Abbott’s offensive and outdated views on women are well known, including characterising women as housewives who did the ironing and suggesting that uppermost in two female politicians’ qualities for office were their ‘sex appeal’.

“His views on homosexuality, including his admission that he feels threatened by the LGBT community, and that ‘most people do’, are both dangerous and divisive.”

Ms de Cordova added: “This is yet another example of incompetence from this Government and a failure to respect the diversity of our communities.

“The Labour Party urges the Government not to make this appointment and look instead for an expert with views on women and equalities that better reflect our British values.”

Scotland’s First Minister Nicola Sturgeon said Mr Abbott’s coronavirus views are “deeply offensive and wrong” and he is not fit to be a trade envoy.

The Prime Minister’s official spokesman on Thursday insisted “no decision” on the board’s make-up had been made and declined to comment on “political debate” surrounding Mr Abbott.