Campaigners call for leaseholds to be abolished as CMA vows action 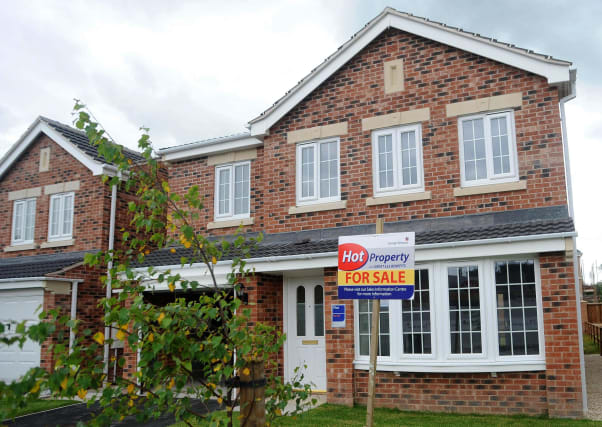 The leasehold house ownership system should be abolished and not fixed, campaigners have said as one MP likened it to the PPI scandal.

The National Leasehold Campaign (NLC) said it hoped a warning to builders from the competition watchdog on Friday would “shame these developers and investors into action”.

It came as the Competition and Markets Authority (CMA) found evidence that four of the country’s biggest housebuilders had mistreated buyers, misleading and trapping them in leaseholds with ground rents that double every decade.

“This scandal should be dealt with urgently, residential leaseholders have been abused for years … This is as bad for those concerned as the PPI scandal,” said Sir Peter Bottomley MP, who co-chairs the All-Party Parliamentary Group on Leasehold and Commonhold Reform.

“Leaseholders’ voices should be heard, their needs should be met and those responsible should pay up,” he told the PA news agency.

A freeholder owns both the house and the land it is on while a leaseholder basically rents the property for a fixed period – sometimes centuries.

The NLC believes leaseholds should be replaced with a commonhold system, which gives freehold control of a property and shared ownership and responsibility for common areas and services.

“If commonhold came into force, then it would mean that we would be true homeowners … it would give back control,” Katie Kendrick from the NLC told PA.

“As opposed to now, we leaseholders remain tenants and we’re shackled to the chains of the terms in our lease – we can face losing our property if we can’t if you can’t pay a bill.

“The Government has admitted that the leasehold system is broken and that they want to fix it.

“But you … can’t put any more sticking plasters on this system.”

Until the turn of the century most leaseholds had been set at peppercorn levels – just a small payment to validate the contract, the CMA said.

However, as the 2000s started investors were looking for stable returns as a replacement for low interest rates and started baking bigger fees into the contracts.

The competition officials now estimate that there are around 3.5 million homes with a pre-2000 leasehold where the owners are charged low levels of typically £50 or less.

Meanwhile, a vast majority of the 778,000 leaseholds built between 2000 and 2018 are modern long-lease properties, where the charges can run into hundreds of pounds every year.

Even a century ago Prime Minister Lloyd George complained about leaseholds, said Sebastian O’Kelly at the Leasehold Knowledge Partnership. But things have got worse in the last 20 years.

“When investors saw the amount of profit they could make from residential property they wanted a cut of it,” he told PA.

“If you want to have an investment in UK residential property, owning the freehold to a leasehold property is the perfect way of doing it,” he added, highlighting that the freeholds are often owned by offshore companies run by nominee directors.

“Housebuilders are being caught out acting like the worst kind of shark who buys these freeholds in the property auctions,” he added.

“This Government can no longer drag its heels: it must act now and legislate to end this broken system once and for all.”

Clive Betts, chair of the housing, communities and local government committee, said: “The Government has announced its intention to remove some of the worst features of the leasehold system, including capping ground rents.

“However they need to do more to intervene on behalf of leaseholders who continue to be trapped in leasehold properties they cannot re-mortgage or sell as a result of unfair contract terms.”