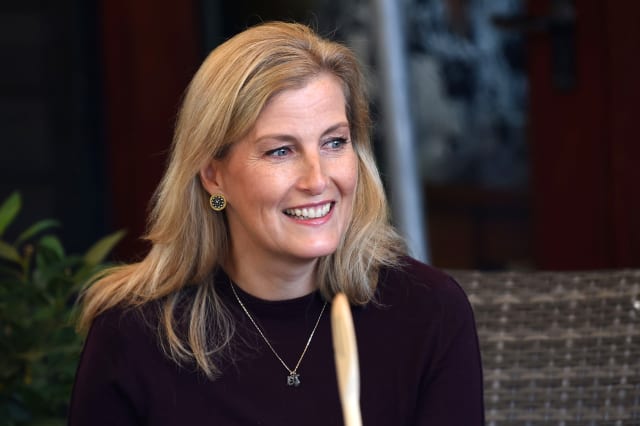 The Countess of Wessex has celebrated the 21st anniversary of Thames Valley Air Ambulance (TVAA) which airlifted her to hospital during a medical emergency.

Sophie is the patron of the TVAA and toured an airfield in Berkshire, meeting a crew and being shown advanced medical equipment on board their helicopter.

The countess lost her first baby in December 2001 after she was airlifted to hospital by a Thames Valley helicopter following a potentially life-threatening ectopic pregnancy.

She underwent a two-and-a-half-hour operation, during which surgeons removed the foetus from her Fallopian tube.

TVAA is dedicating the anniversary of 21 years of service to its former patients and families, with its Patients At Heart campaign launching this month.

Sophie also spent time talking to past air ambulance patients who shared their life-changing experiences about the care they received.

The countess’s visit to White Waltham Airfield near Maidenhead came ahead of National Air Ambulance Week, which begins on Monday.

She was appointed TVAA’s patron in January last year following her longstanding involvement with the service, which is also a charity.

In April, Sophie joined one of the organisation’s weekly crew video calls to hear how its paramedics and doctors were responding to the pandemic during lockdown.