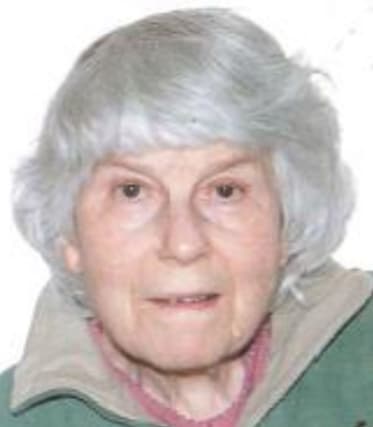 A man accused of decapitating his elderly mother looked “demented”, his father has told jurors.

Philip Tarver, 47, allegedly stabbed Angela Tarver, 86, with an ornamental sword and threatened to kill his 84-year-old father Colin at the family home in Woking, Surrey, on December 19 last year.

Giving evidence, Colin Tarver described how his son had acted strangely, having emptied a carton of beer and a bottle of vodka the night before.

Mr Tarver said: “He was wearing a short transparent petticoat type of thing. He would occasionally wear female clothing.

“He started speaking in whisper. He was whispering about the beer. He pointed to the carton, asked me to take it back to the shop.

Mr Tarver told jurors his behaviour was “entirely unusual” as he had never said anything like it before.

His son went on to unplug household devices saying he was “spring cleaning” before going upstairs with a headache, jurors heard.

The witness said: “Later I went into the lounge and discovered the television and the recorders were disconnected as well.

“I went upstairs to find Philip and he had gone into the spare bedroom and was lying on the bed.

“I asked him what on earth was he doing, why was he pulling all these cables out.

“He jumped off the bed and angrily shouted at me and pushed me out of the room and slammed the door.”

At noon, Mrs Tarver was sitting in the kitchen drinking a mug of tea and Mr Tarver was in the lounge reconnecting the television so they could watch Bargain Hunt.

When he heard a scream, Mr Tarver said: “I stopped what I was doing, crossed the lounge to the dining room, could see the kitchen, see the chair Angela was sitting on was gone and all I could see was her legs resting on the chair. The chair had gone backwards. She was on her back.”

When he got to the kitchen door, he noticed the defendant holding a sword.

He said: “He looked strange, demented. His eyes were a yellow colour. He said ‘I’ve got to kill you.’

“He did not look normal. I thought he was going to kill me.”

When he asked him why, Tarver allegedly said he had been “commanded” to.

The witness went on: “It just didn’t make any sense.

Mr Tarver then ran down to the end of his driveway and dialled 999.

Before police arrived, the defendant allegedly decapitated Mrs Tarver and put her head in the kitchen freezer.

He also cut off her left ring finger and put in into a kettle, the Old Bailey has heard.

When armed police arrived, Tarver came to the front door waving a Union flag and holding a knife, saying: “I surrender, I surrender”, jurors have heard.

Mr Tarver said he married Angela in 1960 and Philip was the youngest of their three children.

In 1991, Mrs Tarver suffered a severe stroke which affected her mobility and speech, he said.

Unemployed Tarver denies murder and making a threat to kill his father.