Q&A: What is new about the Government’s Covid test proposals? 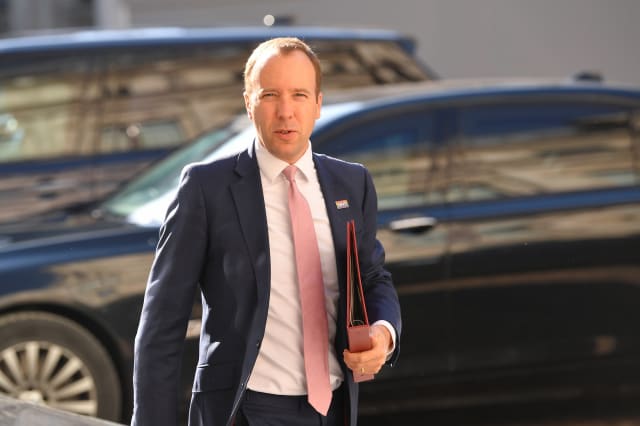 The Government has committed £500 million to expand 20-minute testing in an effort to achieve mass population screening for Covid-19.

They have been under pressure since the start of the pandemic to ensure there is enough capacity, so how are these new proposals different, and what are the issues with testing?

– What is the testing expansion?

The money will go towards a new community-wide repeat population testing trial in Salford, Greater Manchester.

Existing trials in Southampton and elsewhere in Hampshire, using a no-swab saliva test and a rapid 20-minute test, will also be expanded through the funding.

In Salford, a number of residents will be invited for a weekly test – up to 250 a day – and in Southampton the second phase of a no-swab saliva test trial is due to begin this week.

The weekly testing model will be trialled with more than 2,100 pupils and staff across four schools.

In surrounding Hampshire the pilot of a rapid 20-minute coronavirus test will be expanded “to further explore the applications of mobile testing in different settings”, the Department of Health and Social Care said

– What could the benefits of the tests be?

Matt Hancock claimed these tests – dubbed ‘Operation Moonshot’ in Whitehall – could be the best chance of reducing social distancing measures without having a vaccine.

The Health Secretary told BBC Radio 4’s Today programme: “Short of a vaccine, this is the best chance we have of reducing social distancing whilst controlling the virus, especially with winter coming, with all the challenges that brings.”

– What are the current problems with testing?

There are concerns about the availability of testing after it emerged people are being directed to drive-in centres hundreds of miles from home.

Mr Hancock admitted there are “operational challenges from time to time” with the regime but told Sky News the system “works well”.

Experts have also cast concern over whether this is the right time to be altering or upgrading testing.

Professor Alan McNally, from the University of Birmingham, said scaling up of testing should have been done over the summer.

He told Today: “I don’t think the time is right, I think the time was right to think about scaling up testing to the wider community and asymptomatic testing over the summer when we were relatively Covid-secure, knowing that autumn and winter would come.

“This is the kind of work that needed done over the summer. Ideally we would be far more advanced in our ability to handle what we’re already beginning to see, an increase in requirement for Covid testing and respiratory infection testing

– When will this testing be available?

The Health Secretary was reluctant to put a date on when the quicker non-invasive test would be available to the general public.

However, he said having a normal Christmas was dependent on the new system unless a vaccine was developed.

“I hope that if this mass testing regime comes off, if the new technologies we’re working so hard on work, or if we manage to get a vaccine before now and then, then I hope we can have a happy and loving Christmas that people yearn for,” he told Today.

But he acknowledged that a second wave of cases is still possible in the UK, saying: “We’re very worried about it.”