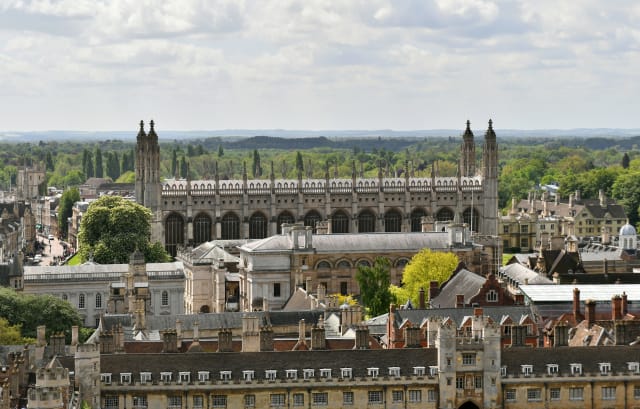 The proportion of state school students starting at Cambridge University this autumn will reach a record high after the institution increased its intake as a result of the exams fiasco.

Early admissions data from the university suggests 70% of UK undergraduates entering the prestigious institution will have been educated in the state sector, compared to around 62% five years ago.

It comes after the Government called on universities to prioritise students from disadvantaged backgrounds for admission “where possible” following the U-turn on A-level grades.

Cambridge will be welcoming a record number of freshers next month after nearly 400 students met their offer conditions after Ofqual announced that results could be based on teachers’ estimated grades.

But no student at Cambridge has been forced to defer until next year. Instead, the institution has increased its intake by more than 10% this year.

Figures from Ofqual last month showed the proportion of A-level entries in England which received top grades increased to a record high following the changes to the system four days after results day.

More students from the most deprived areas in the UK will be attending Cambridge next month, increasing from 13% to 14% of the undergraduate cohort, initial admissions figures, shared with the PA news agency, show.

Last year, more than 68% of students starting degree courses at Cambridge were from state schools but this year’s figure is expected to rise to 70%.

Overall, nearly two in five (39.1%) of teachers’ estimates for A-level pupils in England were initially adjusted down by one grade or more by exam boards after exams were cancelled amid Covid-19.

It left many students missing out on their university places, including admissions to Russell Group universities such as Cambridge and Oxford which require top grades to secure an offer.

But after the U-turn was made – which allowed results to be based on schools’ estimated grades rather than Ofqual’s controversial algorithm – universities minister Michelle Donelan wrote to vice-chancellors asking them to honour all offers to students who met their conditions this year wherever possible.

“Staff have worked round the clock to ensure that each student who has met their offer secures a place to study at Cambridge.

“And our colleges have worked together to provide extra accommodation for the higher than planned for intake.

“This incredible effort means we are not having to compel any student to defer entry until 2021.”

He added: “I am also proud that we have the highest ever number of state school students arriving this year as well as greater numbers from economically disadvantaged backgrounds, underlying our commitment to providing equality of educational opportunity.

“We look forward to welcoming all our new students in October.”