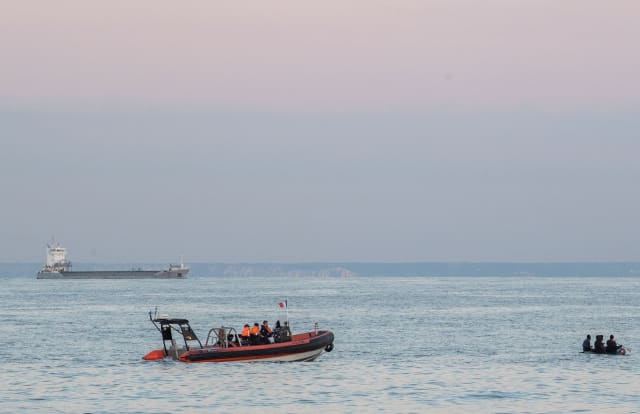 French members of Parliament have been accused of “putting around misconceptions” about life in the UK for undocumented migrants on small boats.

However he acknowledged that migrants were being given false ideas of what it is to live in Britain undetected.

He and other senior officials were appearing before the Home Affairs Committee to give evidence about the recent rise in small boats crossings.

It comes after a record 416 migrants arrived in the UK on small boats on Wednesday, the most ever on a single day.

The figure was revised up from 409 by the Home Office on Thursday morning.

The total number of migrants who have crossed the sea to Britain in 2020 is now more than 5,600, analysis by the PA news agency shows.

The committee is hearing evidence from senior officials in the Home Office, National Crime Agency, Immigration Enforcement and UK Visas and Immigration as part of its inquiry into Channel crossings, migration and asylum-seeking routes through the EU.

It is investigating the Government’s approach to combatting organised crime that facilitates border crossings outside the standard immigration control process, and its co-ordination with agencies in other countries.

Tim Loughton, MP for East Worthing and Shoreham, asked about suggestions made by a French politician that migrants come to the UK because it is easier to work illegally and “live undercover”.

He said: “It would appear that French members of parliament are party to putting around these misconceptions about how they are actually going to be looked after if they do make it to the UK.

“That’s part of the problem, isn’t it, that people are coming here on a false premise?”

But former Royal Marine Mr O’Mahoney praised the overall efforts of his French counterparts to tackle the migrant crisis.

He told the committee of MPs: “They are as committed as we are.

“They have prevented 3,000 people from crossing this year, including yesterday close to 200.”

Citing an example from Wednesday, he added: “(They) stopped a very large Rib (rigid inflatable boat) with unbelievably 63 people on it from leaving the beach.”

He acknowledged that the crossings are “nowhere near the level that we want it to be”.

“The engagement with the French is occurring at every level from political right through to the front line.

“It’s happening daily, it’s intensive, I am in contact with my interlocutors in France and going there in person.”

Will there be another nationwide lockdown?

UK to be battered by Storm Aiden and remnants of hurricane

National lockdown would be ‘devastating’ for hospitality, industry leaders warn