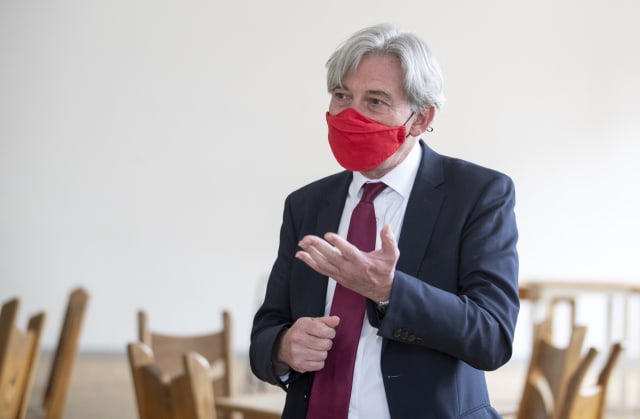 Richard Leonard has ruled out taking part in a leadership contest to silence doubters in Scottish Labour as he claims a group of MSPs never accepted his election to the top job.

In 2016, former UK Labour leader Jeremy Corbyn – an ally of Mr Leonard’s – defended his position against MP Owen Smith, winning more than 60% of the membership vote.

Speaking to the PA news agency on Thursday, Mr Leonard said he has received “hundreds of messages of support” but shut down talk of taking on a challenger from within the party.

When asked if he would consider accepting the challenge and putting the decision in the hands of members, Mr Leonard said: “I really don’t think that’s necessary.

“There’s a group within the parliamentary group in Holyrood who have never really accepted the decision of the party membership in 2017 to elect me as the Scottish Labour Party leader.

“I’ve always had to try to face down some of that opposition within the Labour group, but what I take heart from is the extent to which the party membership, those people who elected me to lead Scottish Labour, are voicing their support for me and are demanding that I do lead the Scottish Labour Party into next year’s elections.”

The leader went on to say the “radical agenda” proposed by his party is one that is associated with him, adding: “I think I represent the authentic voice of that platform.”

When pressed on the issue of a leadership election, Mr Leonard said the party’s attention should not be focused inward with an election due in eight months.

He said: “If the Labour party was convulsed into an internal leadership battle, that would take two to three months to get through, it just doesn’t make any sense for the Labour Party, even if I thought it would reassert my authority as the leader.

“In my view, what the last few days have shown is that there are too many people that are inward looking – what we need to be as a party is outward looking.”

Mr Leonard’s comments come the day after four of his MSPs broke ranks to call for his resignation.

On Thursday, Rachel Reeves, shadow chancellor of the Duchy of Lancaster, told Sky News: “I think that Richard Leonard needs to think about his position.

“The opinion polls in Scotland are pretty dire for Labour, we’ve got important elections next year.”

Holyrood elections take place in May 2021, with Scottish Labour currently third in the opinion polls north of the border, well behind Nicola Sturgeon’s SNP.

Meanwhile, the party lost all but one of its seats in Scotland in the general election last December.