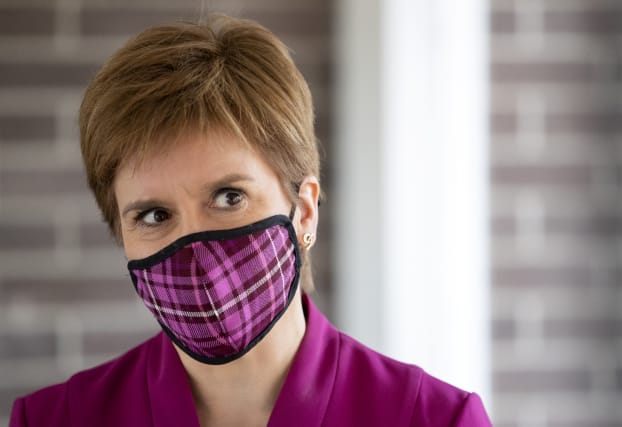 The leadership of Scottish Labour is less important than the positions the party holds, particularly on independence, the First Minister has said.

Current leader Richard Leonard has come under pressure to quit after four MSPs expressed their desire for a new leader on Wednesday and a member of the Westminster shadow cabinet said he should “consider his position” on Thursday.

A defiant Mr Leonard has said he will lead the party into next year’s Holyrood election, despite slumping poll numbers that could see his group fall further behind the Conservatives.

Speaking on Sky News, the First Minister said she has “lost count” of the number of leaders Scottish Labour has had in Holyrood.

She added: “It doesn’t seem to make much difference.

“I’ve got no view one way or the other on whether Richard Leonard should be leader of Scottish Labour or somebody else.

“Scottish Labour has got many more fundamental issues – they’re at sea on the key issue of Scotland’s future and most people in Scotland don’t really know what Scottish Labour is for.

“I think until they answer that question, and until they get a position that distinguishes them from the Conservatives on the matter of Scotland’s future, they can have as many leaders as they like, but they’re going to continue to find it really hard to make any impact on Scottish politics.”

Speaking on Thursday morning, Mr Leonard said he was “confident I have got the backing of the members of the Scottish Labour party, who elected me just under three years ago”, adding that the “best chance” for Labour next year was to rally behind his leadership.

Covid-19: Which parts of the UK are affected by local lockdowns?