Downing Street hits back at Barnier over ‘unrealistic’ position 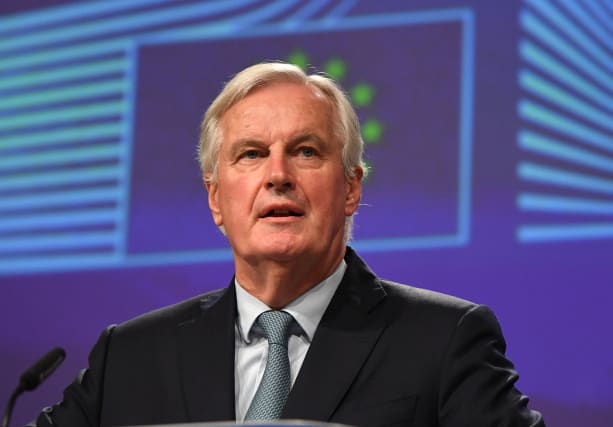 No 10 struck back on Thursday after Mr Barnier warned that the UK is risking crashing out of the bloc without a deal at the end of the transition because it is refusing to compromise.

The negotiations are particularly deadlocked over fishing policy, with Britain demanding a relationship similar to the EU’s with Norway.

But Mr Barnier, in a speech on Wednesday, said he was “worried and disappointed” over a lack of concessions and said there would be no agreement if the UK did not budge over fisheries.

The Prime Minister’s official spokesman responded: “Michel Barnier’s comments are a misleading representation of our proposals aimed at deflecting scrutiny from the EU’s own positions which are unrealistic and unprecedented.

“The EU have refused to engage with our proposals and the documents we’ve brought to the table, insisting we must accept continuity with EU fisheries policy and disregarding the UK’s status as an independent coastal state.

“We need more realism from the EU on the scale of the change that results from our leaving the EU.”

Informal talks this week between Mr Barnier and his UK counterpart David Frost failed to find a breakthrough ahead of the eighth round of formal negotiations which begin in London next week.

Both sides want a deal agreed next month in order to have it in place for the end of the transition period on December 31.

Mr Barnier said in the speech that the EU will not accept the livelihoods of fishermen and women being “used as a bargaining chip in these negotiations”.

“If they don’t move on the issues which are the key issues of the EU, the level playing field, fisheries and governance, the UK will take itself the risk of a no-deal,” he added.