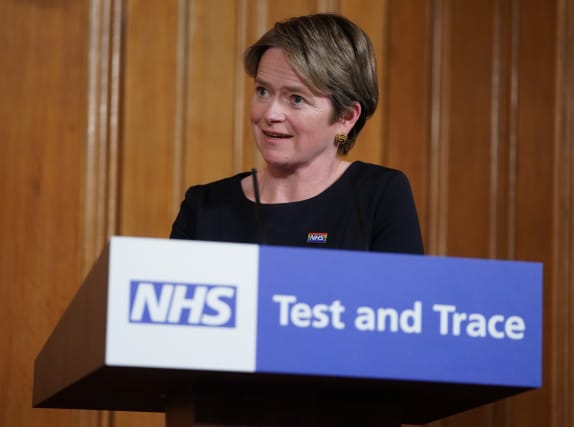 A “significant” rise in demand for coronavirus testing has led to people being directed to test centres more than 100 miles away, the head of England’s testing programme has said.

Some people with Covid-19 symptoms who have tried to book tests online have been directed to centres which would take them more than three hours to reach by car.

She told BBC Radio 4’s PM programme: “Fundamentally, it is because the demand for testing has grown so fast and so much.

“We’ve seen an increase in 63% more people coming forward to be tested for the first time than June and in many ways that’s a good thing.

“Now obviously I don’t want people to be being directed to go miles and miles for a test but the reason that that is happening at the moment is because of a really significant increase in demand off a testing platform that, as I’ve said, is larger than any other in Europe.”

She said laboratory capacity was being expanded “as fast as physically possible” to meet demand, with an ambition of reaching 500,000 tests per day by the end of next month.

“We’re expanding existing testing capacity, we announced this morning a new lab that will be opening near Loughborough, which by the end of September will be up and running, and at full capacity will be able to do another 50,000 tests a day.

“And… we’re trialling new testing technology that will also expand capacity. So actually we’re at the forefront in the world in scaling and making testing more accessible to people.”