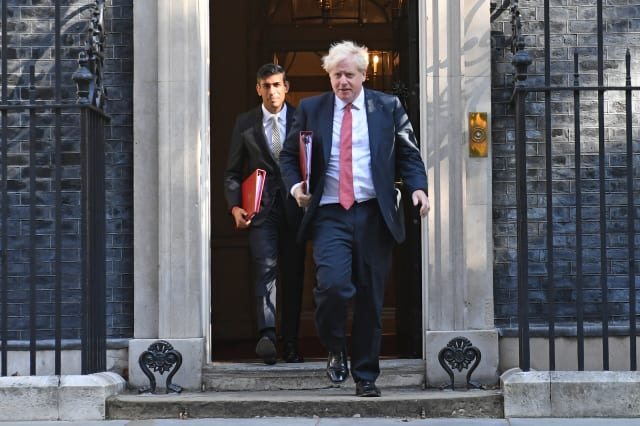 Boris Johnson has been warned to be “very, very cautious” when considering raising taxes after Chancellor Rishi Sunak promised Tory MPs there would not be an endless “horror show” of hikes.

The chairman of the powerful 1922 Committee of backbench Conservatives, Sir Graham Brady, on Thursday urged the Prime Minister not to worsen the economic crisis from the coronavirus pandemic with his recovery plan.

Sir Graham’s warning came after Mr Johnson and his Chancellor tried to placate unrest among the Tory ranks amid anger over a series of U-turns and concerns over the need to make unpopular choices.

Mr Sunak told the most recent intake of Conservative MPs that the Government cannot “simply borrow our way out of any hole” and that ministers will “need to do some difficult things”.

Sir Graham told BBC Radio 4’s Today programme: “I think the necessity is to make sure we don’t make this crisis any worse than it has to be.

“I think we have to be aware that raising taxes, and raising the wrong types of taxes especially, can be a way in which you stifle economic growth and prospects rather than guaranteeing them.

“I think we should be very, very cautious in exploring tax increases.”

On Wednesday Mr Johnson told Tory MPs in Parliament that “it’s about to get tougher” but insisted “we are going to deal with it”.

Many of them entered the Commons in the last election by seizing former Labour strongholds and are said to be “jittery” after numerous damaging U-turns, including the exams fiasco.

Mr Sunak told them: “We will need to do some difficult things, but I promise you, if we trust one another we will be able to overcome the short-term challenges.

“Now this doesn’t mean a horror show of tax rises with no end in sight.”