Amazon to create thousands of new jobs across the UK 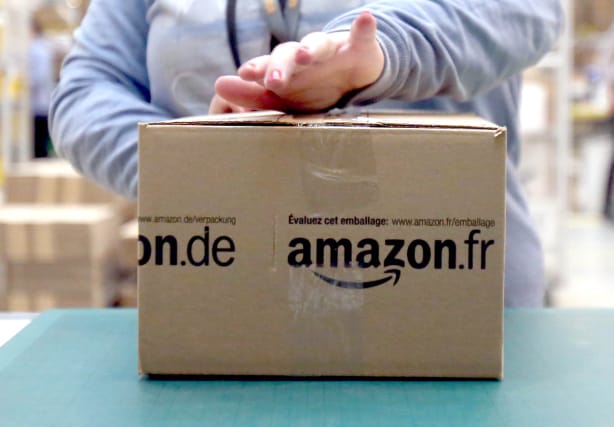 Online giant Amazon is to create 7,000 new jobs in the coming months at its warehouses and other sites across the UK.

The company has already taken on 3,000 new employees this year, so by the end of 2020 it will have recruited 10,000 extra staff in this country.

The increase will take the company's total permanent UK workforce to more than 40,000.

The new jobs will be created at Amazon's warehouses, sorting centres and delivery sites as well as in its offices.

Amazon said the new roles, including engineers, graduates, human resources, IT, health and safety and finance specialists, as well as the teams who will pick, pack and ship customer orders, will help it meet growing customer demand.

Amazon has already offered temporary roles to thousands of people whose jobs were impacted at the height of the Covid-19 pandemic, many of whom will now be offered a permanent job.

Amazon is also creating more than 20,000 seasonal positions across the UK ahead of the festive period at its sites across England, Scotland, Wales and Northern Ireland and at three pop-up warehouses, or "fulfilment centres".

"Our people have played a critical role in serving customers in these unprecedented times and the new roles will help us continue to meet customer demand and support small and medium-sized businesses selling on Amazon.

"The new state-of-the-art robotics fulfilment centres in the North East and the Midlands, as well as the thousands of additional roles at sites across the country, underline our commitment to the people and communities in which we operate.

"We are employing thousands of talented individuals in a diverse range of good jobs from operations managers and tech professionals through to people to handle customer orders."

Business Secretary Alok Sharma said: "While this has been a challenging time for many businesses, it is hugely encouraging to see Amazon creating 10,000 jobs in the UK this year.

"This is not only great news for those looking for a new job, but also a clear vote of confidence in the UK economy as we build back better from the pandemic.

"The Government remains deeply committed to supporting retailers of all sizes and we continue to work closely with the industry as we embark on the road to economic recovery."

At the centre of the job creation programme are three new warehouses in Darlington, Durham and Sutton-in-Ashfield, Nottinghamshire, each fitted out with advanced robotics technology and each creating more than 1,000 new permanent roles.

Darlington started operations in May and the sites in Durham and Sutton-in-Ashfield will open later this autumn.