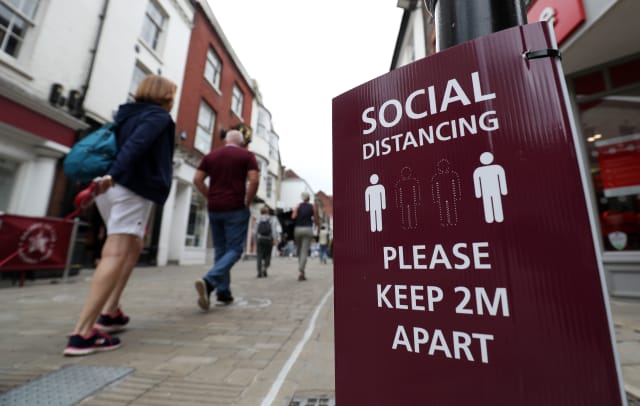 The decline in UK retail footfall eased for the third consecutive month in August as shopping areas saw visitors “enticed” by the Eat Out to Help Out scheme, according to research.

The monthly Springboard monitor revealed that footfall declined by 30.8% for the month as it was boosted by improving numbers at retail parks.

It said that retail park footfall was only 11.1% lower than the same month last year as it continued to recover.

Footfall on UK high streets was 38.3% lower in August than the same month last year, while shopping centres were down by 33.9%.

The latest figures showed that small high streets have continued to benefit from high levels of home working and local shopping, with streets in market towns reporting a decline of only 26.6%.

Shop vacancies jumped to the highest level since January 2014 after a raft of store closures, with 10.8% of UK store sites now vacant, compared with 9.8% in January.

Springboard said this was particularly driven by a high increase in London amid a decrease in commuters.

Diane Wehrle, Springboard marketing and insights director, said: “In August, UK retail footfall continued to strengthen for the third consecutive month, with a drop of 30.8% from last year, as the Government’s Eat Out to Help Out scheme enticed visitors back to UK retail destinations.

“All three destination types benefited, although retail parks remain a clear winner in the competition for shoppers.

“Despite the growth, the rate of improvement was only around half that in June and July 2020 when non-essential retail stores and hospitality reopened following the lockdown, suggesting that the climb back to pre-Covid footfall levels is going to be a steep one.”