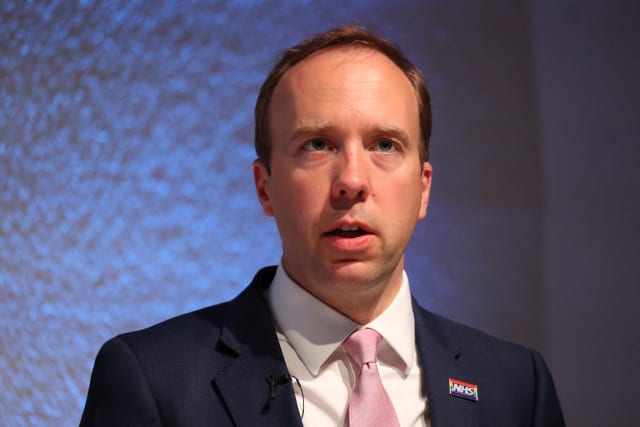 Coronavirus restrictions in Bolton and Trafford are to remain in place following a “significant change” in infection rates in both areas.

The U-turn from Health Secretary Matt Hancock came after council leaders in both boroughs had pleaded for the ban on two households mixing to be maintained.

Mr Hancock said: “Following a significant change in the level of infection rates over the last few days, a decision has been taken that Bolton and Trafford will now remain under existing restrictions.

“This decision has been made in collaboration with local leaders after reviewing the latest data.

“We continually monitor outbreaks across the country, and have seen infection rates increase more than three times in Bolton in under a week, and double in Trafford since the last review.

“We have always been clear we will take swift and decisive action where needed to contain outbreaks.

“We can bring the rates down if we continue to work together and I urge everyone to continue to play their part by following the rules – get tested if you have symptoms, self-isolate and practice social distancing.”

The statement was released by the Department of Health and Social Care shortly after midday on Wednesday, the point at which it said the restrictions had been due to be lifted in the two Greater Manchester boroughs.

However, Greater Manchester Mayor Andy Burnham was under the impression they had already been lifted overnight.

Before the U-turn was announced, Mr Burnham had described the decision to lift the restrictions as “completely illogical” while council leaders accused ministers of bowing to pressure from Tory MPs rather than listening to local health experts.

Bolton and Trafford had been set to join other parts of northern England in resuming social gatherings in two households for the first time in weeks, along with Stockport, Burnley, Hyndburn and parts of Bradford, Calderdale and Kirklees.