Working for Trumps ‘the worst mistake of my life’, says former adviser 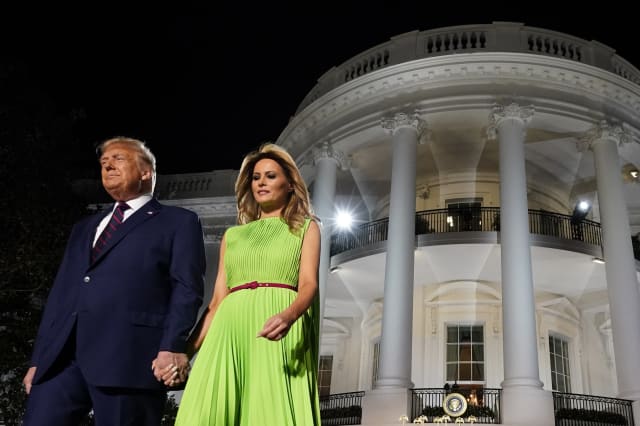 A former friend and adviser of Melania Trump says it was "the worst mistake of my life" to work for Donald Trump and his family, lashing out at the first lady for not defending her over questions about costs for the presidential inauguration she helped produce.

Stephanie Winston Wolkoff was an unpaid White House adviser to the first lady until February 2018, when her contract was terminated as questions about inaugural spending arose.

"When it really counted, Melania wasn't there for me," Ms Wolkoff wrote in Melania And Me: The Rise And Fall of My Friendship With The First Lady.

"She wasn't really my friend. In fact, I wish I had never met her," the author says about the first lady, a former fashion model.

Ms Wolkoff, a New York-based event planner, said the pair first met in 2003 in the hallways of Vogue magazine, where she worked.

Stephanie Grisham, a spokeswoman for Mrs Trump, criticised the book as "full of mistruths and paranoia" based on an "imagined need for revenge".

Ms Wolkoff also wrote about frostiness in the relationship between the first lady and the president's eldest daughter Ivanka. She said she and the first lady both once "bellied over with laughter" after Mrs Trump referred to Ivanka — long seen as her father's favourite child — as "Princess".

The author also detailed how they launched "Operation Block Ivanka" to keep her from being too prominently featured in inauguration day photographs of her father being sworn in to office.

Ivanka Trump declined comment on Monday. A person close to her said it is traditional for a president's children to join in such a historic occasion.

Ms Wolkoff devoted two of the book's 11 chapters to planning for the January 2017 inauguration, describing the committee responsible for raising money to pay for several days of events as beset with organisational and communications issues that complicated her work.

She said she repeatedly raised questions about spending but eventually came to be viewed as the problem. Mr Trump's Presidential Inaugural Committee raised nearly 107 million dollars for the lavish event, an unprecedented price tag nearly twice that of Barack Obama's inauguration in 2009.

Some of those involved in or aware of the committee's work told the Associated Press in September 2017 that the orchestration of the inauguration was marred by last-minute decisions, staffing turnover and little financial oversight.

Ms Wolkoff told ABC News in an interview that she continues to co-operate with multiple criminal investigations into the committee's operations.

In the book, she portrayed herself in a positive light and said she agreed to stay on and work in the White House for long hours, without pay and away from her husband and three children in New York, because she wanted to help the first lady set up her operation and avoid being marginalised.

She also shed light on Mrs Trump's desire for privacy, recounting numerous occasions when the first lady told her she would do what was right for her, or her now 14-year-old son Barron, and did not care what the public thought about her.

She continued to live in New York after the inauguration so Barron would not have to change schools in the middle of the year. They moved to the White House in June 2017.

Ms Wolkoff said Mrs Trump delayed her arrival in Washington for another reason: she was waiting for renovations and redecorating in the White House residence to be completed, starting with a new shower and toilet in her bedroom.

The author also offered an explanation for widely viewed Inauguration Day footage of Mrs Trump smiling — then sharply frowning — after Mr Trump turned around to smile at her on the platform. The footage led to the #FreeMelania hashtag and speculation that she was unhappy in her new role.

Ms Wolkoff said the first lady frowned to reflect pain she felt from an accidental kick in the ankle from Barron, who was standing beside her. She said she urged the first lady to set the record straight, but Mrs Trump declined, saying: "Who cares what they think? It's my private business. I don't owe them an explanation."