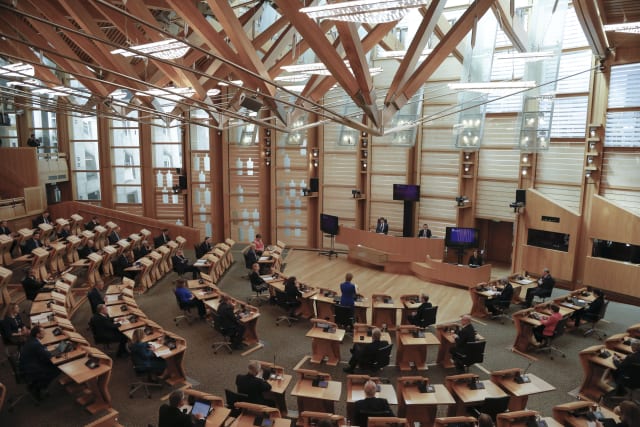 A “quite remarkable” number of concerns and complaints about Scottish Government ministers have been raised in the last decade, a civil service trade union has said.

Holyrood’s Committee on the Scottish Government Handling of Harassment Complaints heard that 30 senior civil servants had come forward with concerns about ministers since 2010.

General secretary of the FDA union Dave Penman said the “dramatic” number was in contrast to the “handful” raised about other governments in the same time.

Comparing the situation with Westminster, Mr Penman said: “There seems to be a much more significant prevalence of those issues that we are aware of.

“It did feel like there was an unusual number in the Scottish Government compared to the UK civil service.

“It does seem quite extraordinary, given the sort of numbers we are talking about.

“The numbers of people raising concerns about the Scottish Government are so significantly greater than we are aware of elsewhere that it suggests that something particular – over the longer term – has happened in the Scottish governments.”

Suggesting that senior members of the Government probably knew about cases of bullying and harassment, he said: “If you look at the number we’re talking about over a decade it seems to me that people in the Scottish Government were probably aware that there were issues.

“You can’t look at that number of concerns and say that everyone thought everything was fine.”

The fairness at work policy introduced a complaints process in 2010 and it was revised in 2017 in light of the MeToo movement to include former government ministers.

Mr Penman, giving evidence alongside Malcolm Clark, convenor of the Council of Scottish Government Unions, said trade unions had pushed for ministers to be included in the policy because of concerns about the conduct of “multiple ministers in multiple administrations”.

The Scottish Government remains the only administration in the UK to have a specific process for harassment complaints against ministers, with the UK Government relying on the Ministerial Code, with potential breaches ultimately adjudicated by the Prime Minister.

An investigation was launched at the start of the year into the allegations of bullying by Ms Patel – claims she denies – but no conclusion or report has been published.

Mr Penman, whose union represents senior civil servants across the UK, said Mr Johnson is “sitting on the report”.

“As we’ve seen in relation to the Home Office investigation, it has laid bare the inadequacies and potential conflicts of the current position where the Prime Minister stood up in Parliament, said he was backing the Home Secretary before an investigation had even been conducted, knowing that the investigation would come to his desk to make a decision.”