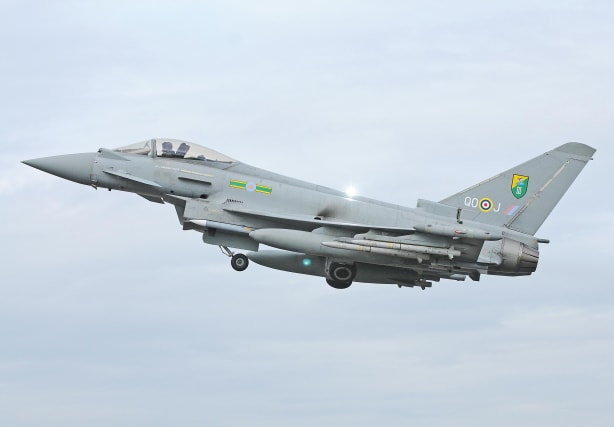 Two men were detained by counter-terror police after a Ryanair flight to the UK was intercepted by RAF fighter jets because of a "security threat".

The two men had arrived on a flight from Vienna and were detained under Schedule 7 of the Terrorism Act, police said.

The RAF confirmed that Typhoon fighters from RAF Coningsby in Lincolnshire were launched "to intercept a civilian aircraft. The aircraft was escorted safely to Stansted".

A Ryanair spokesman said the crew of the flight from Vienna to the Essex airport had been alerted to a "potential security threat on board".

He added: "In line with procedures, the captain informed UK authorities and continued to London Stansted, where the aircraft landed normally and taxied to a remote stand where passengers disembarked safely."

Passenger Joanna Czechowska tweeted: "They found suspicious objects in the toilets and called the police. All seems ok now. That was scary!"