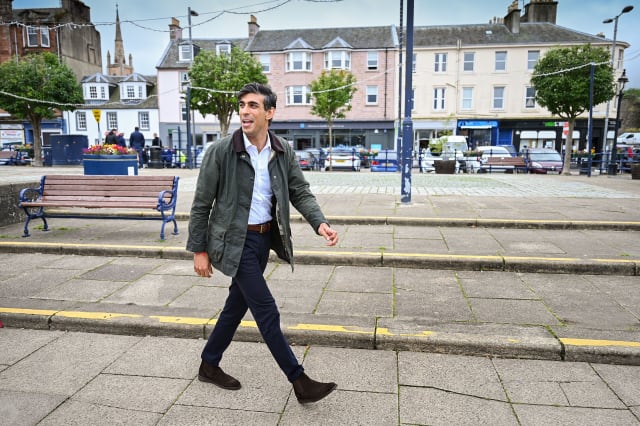 Tax hikes suggested by Treasury officials could raise an extra 20-30 billion pounds a year, the Telegraph and the Sunday Times reported, and some of them could be announced in an autumn budget statement by Sunak.

However, officials working for Prime Minister Boris Johnson are fiercely opposed to a major tax raid on wealthier voters and want to consider spending cuts instead, the Telegraph said.

Britain's public debt has passed 2 trillion pounds ($2.7 trillion), pushed up by emergency spending on Sunak's coronavirus job retention scheme, tax cuts for businesses and consumers and even a dining-out subsidy to coax people back into restaurants.

Sunak has previously said some taxes will need to rise over the medium term.

But he is under pressure to provide more support for employers when the job retention scheme - under which the state has paid 80% of salaries for most workers kept on in their jobs - expires at the end of October.

The reported tax increases under consideration ranged from a sharp jump in corporation tax - which is currently far below the international average - cutting incentives for private pension contributions and increasing capital gains tax rates.

The Sunday Times said a reduction in foreign aid was under consideration. The Telegraph said officials were considering an end to a freeze on fuel duty and a tax for online retailers.

The Sunday Times said Sunak was considering a proposal to boost the corporation tax rate to 24% from 19% to raise 12 billion pounds next year, rising to 17 billion in 2023-24.

A Treasury spokesman said: "We do not comment on speculation about tax changes ahead of fiscal events."

Britain's economy shrank by a record 20% in the second quarter, the largest decline of any big country. There have been signs of a bounce-back but unemployment is expected to rise sharply as the job retention scheme is wound down.

Paul Johnson, director of the Institute for Fiscal Studies think-tank, said it was too soon to raise taxes because of the uncertainty over the economy. The economy also faces a possible shock if London and Brussels fail to strike a trade deal soon on the relationship with the European Union once a Brexit transition period expires at the end of the year.