Hunterston B power station to begin decommissioning by 2022 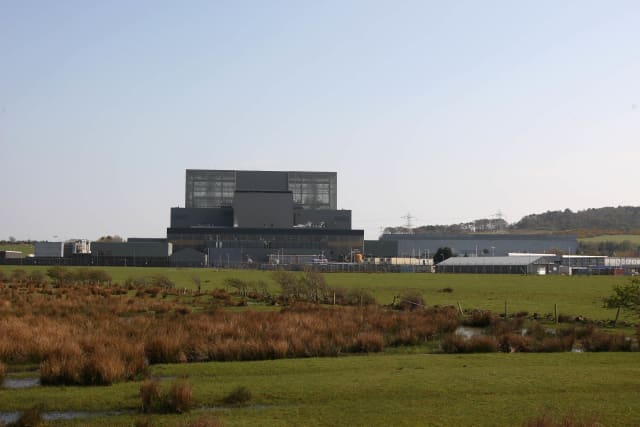 A nuclear power station which had been forced to reduce output in the last few years because of cracks in its core will begin the decommissioning process by 2022.

Hunterston B power station in North Ayrshire previously had an estimated decommissioning date of 2023, with “a plus/minus two years proviso”.

On Thursday, operator EDF Energy announced the plant would move into the defuelling phase no later than January 7, 2022 – subject to an inspection next spring and regulatory approval for the final six months.

Construction work started on the site in 1968 before it opened and began generating energy in 1976.

Matt Sykes, EDF managing director, said: “Hunterston B has quietly delivered a major contribution to the UK for more than 40 years.

“It has far exceeded its original remit and, over its lifetime, gone on to safely produce enough low carbon energy to power the whole of Scotland for eight years.

“We didn’t know back in the 1960s, when these plants were designed, just how important low carbon energy would become.

“We owe all those that designed, built, commissioned and still operate the station a huge debt of gratitude.

“Our focus is on continuing to safely deliver the last period of power generation and then transition the station into decommissioning.”

A spokeswoman told the PA news agency the move would give staff clarity and added there would be no immediate job losses because of the phase to defuelling.

There are approximately 520 full time EDF Energy employees work at Hunterston B, along with more than 250 full time contract partners.

It comes as the Office for Nuclear Regulation (ONR) gave EDF permission for Reactor 3 to return to service for a limited period of operation.

Cracks were discovered in the core of the reactor in 2018 with electricity generation expected to fall by 40% at the time.

Reactor 4 was subsequently returned to service for several months in August 2019 having been one of two remaining reactors at the plant taken out of service the previous year.

The permission is for up to 16.425 Terawatt days, approximately six months’ operation, while the regulatory body is also assessing the safety of Reactor 4 with a decision to be published at a later date.

Donald Urquhart, ONR deputy chief inspector, said: “This has been a detailed and complex assessment in which my team of specialist inspectors has rigorously assessed and scrutinised the safety case and underpinning evidence provided by EDF NGL.

“This work has taken more than two years, and I am grateful to my team for the diligent and professional manner in which this has been done.

“I am satisfied that the detailed safety justification provided by the licensee is sufficient to demonstrate that Reactor 3 can operate safely for this period of operation.

“We applied stringent national and international standards when making our decision, have scrutinised the nature of the cracking observed in Reactor 3 and are satisfied that it will not prevent the reactor from operating safely or impede its ability to be shutdown if required during this period of operation.

“As the independent nuclear regulator, our sole priority is the safety of site workers, local residents and the wider public who rely on ONR to regulate such safety matters.

“We will only allow nuclear facilities to operate if we are satisfied that they are safe to do so.”