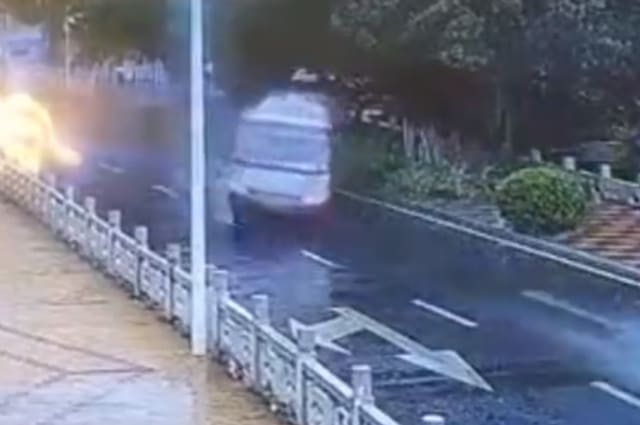 Footage has captured the moment an out-of-control minibus smashes into guardrails, throwing the driver out onto the road in southern China.

The video, filmed in the city of Quanzhou in Fujian Province, shows the vehicle suddenly losing control before leaving the road.

According to reports, the driver named Huang felt the road was slippery and braked to slow down. But the minibus started to shake and tipped over.

The crash is being investigated, according to local reports.