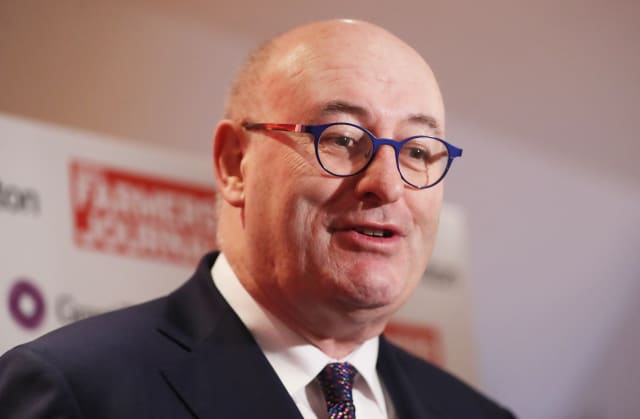 The Irish government has said EU trade commissioner Phil Hogan made the correct decision after resigning over his attendance at a golf dinner during the pandemic.

He had been expected to play a key role in negotiating the bloc’s arrangements with Britain after Brexit.

Mr Hogan was among more than 80 people at the event in the west of Ireland last week, as the country tries to contain a new spike in coronavirus cases and limit social gatherings.

The veteran politician faced deep disquiet from his country’s government and intense scrutiny of whether his extensive movements around the country broke coronavirus regulations.

A statement from Dublin said: “We believe that it is the correct course of action given the circumstances of the past week.

“We all have a responsibility to support and adhere to public health guidelines and regulations.”

Mr Hogan confirmed he had tendered his resignation as EU trade commissioner to the President of the European Commission, Ursula von der Leyen.

He said: “It was becoming increasingly clear that the controversy concerning my recent visit to Ireland was becoming a distraction from my work as an EU commissioner and would undermine my work in the key months ahead.”

He travelled around Ireland during his summer break from Brussels, despite official rules saying he should have self-isolated upon arrival for 14 days, because of the rate of infection abroad.

Ms von der Leyen had sought an explanation from her commissioner.

He said: “I deeply regret that my trip to Ireland, the country that I have been so proud to represent as a public servant for most of my adult life, caused such concern, unease and upset.

He took the test in Dublin and also visited his home in Co Kildare in the Irish midlands.

Kildare was subjected to extra-strict lockdown measures because of an outbreak of Covid-19 there linked to meat plants.

The commissioner said: “I reiterate my heartfelt apology to the Irish people for the mistakes I made during my visit.”

Ireland’s new coalition government has suffered a wobbly start with a series of resignations.

It lost its agriculture minister after he was among the guests at the Irish parliament’s golf society dinner last week in the coastal town of Clifden in Co Galway.