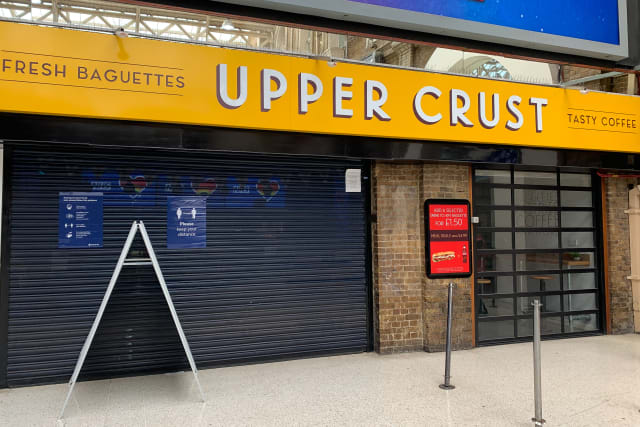 Upper Crust and Caffe Ritazza owner SSP has overhauled pay plans for top bosses after investor anger over bonus targets and a pay hike for its finance chief.

The group – which recently announced up to 5,000 jobs were under threat amid a shake-up due to the coronavirus crisis – said it had made a raft of improvements to executive pay after talks with investors following a shareholder backlash in February.

Nearly a third of shareholders voted against the caterer’s remuneration policy at its annual general meeting – the third consecutive year it has suffered investor discontent over executive pay.

There were concerns over the group’s plans to reduce its bonus targets, the leaving deal for former boss Kate Swann and a hefty pay package increase for chief financial officer Jonathan Davies.

It planned to increase Mr Davies’ maximum potential pay and bonuses to £1.75 million, up from £1.52 million.

Influential shareholders’ advisory firm Glass Lewis had recommended investors vote against the plans, at the time saying it had “severe reservations” about the proposals.

But SSP said it had since written to investors and held follow-up meetings with those representing nearly two thirds of its shareholder base in a bid to calm the fury.

Among the changes, the group is now planning to make it mandatory for bosses to defer at least a third of any bonus, as well as increasing the minimum shareholder requirement to 250% of salary for the chief executive and 200% for the group chief financial officer.

While it is not reducing the bonus targets, it is proposing to include non-financial aims into the chief executive’s annual bonus, with 20% of the payout linked to strategic goals.

The group said it “recognised” investor concern over Ms Swann’s leaving deal and the pay increase for Mr Davies.

But it added Ms Swann’s leaving arrangements were “very specific to the circumstances of the timing of her departure and handover to the new group chief executive”.

And it said the pay hike for Mr Davies came after the “material increase to his remit and responsibilities in early 2019”.

The group warned over hefty job losses last month and said it expects to open only around a fifth of its sites in the UK by the autumn due to plunging passenger numbers at railway stations and airports due to the pandemic.

It said on announcing the executive pay changes that it had been “significantly impacted” by the crisis, with all senior management, executives and board members taking salary cuts as part of cost-cutting measures.

The new pay plans are set to be tabled for approval at SSP’s 2021 AGM.

“The committee intends to continue engagement with shareholders over the coming months regarding our approach to executive pay in the current environment and, in line with the normal three-year cycle, our review of the directors’ remuneration policy,” it said.