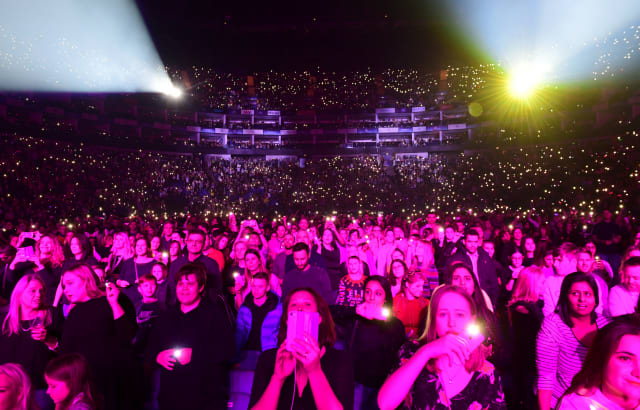 London-listed MelodyVR, which specialises in virtual reality experiences of live music events, announced it was taking over US group Rhapsody International – trading as Napster – to create a “one of a kind” combined entertainment giant.

Napster shook up the music business when it launched in 1999 as a free music downloading platform, but it was forced to change its business model when piracy laws were put in place and it became illegal.

It now offers over 90 million licensed tracks to consumers and other businesses, with more than three million users across 34 countries.

The deal comes as demand for home entertainment has soared amid the coronavirus pandemic, which has sent shares in MelodyVR sharply higher since the start of the lockdown.

MelodyVR, which launched in 2018, streams music gigs via virtual reality headsets, which users pay to access through its app.

It wants to add Napster’s library of licensed tracks to its catalogue of live music shows – from the likes of Lewis Capaldi and Post Malone – to offer a platform of both live visual performances and recorded music streaming.

But both firms will initially operate as independent companies following the deal.

MelodyVR has been quick to respond to the Covid-19 crisis, setting up socially-distanced studios in London and Los Angeles to allow artists to host shows.

Its Live From LA series has seen it stream a raft of performances from artists including Cypress Hill, John Legend and Kelly Clarkson.

“We are as keen to see our favourite artists perform live as we are to listen to their albums.

“Our purchase of Napster, one of the music industry’s original disruptors, is born out of our wish to deliver the world’s foremost music experience, available seamlessly across audio and visual media and in turn presenting a truly next generation music service.”

Napster boss Bill Patrizio added: “This is a tremendous outcome for two organisations with complementary platforms and loyal audiences, and we could not be more excited to be moving forward as one company.”