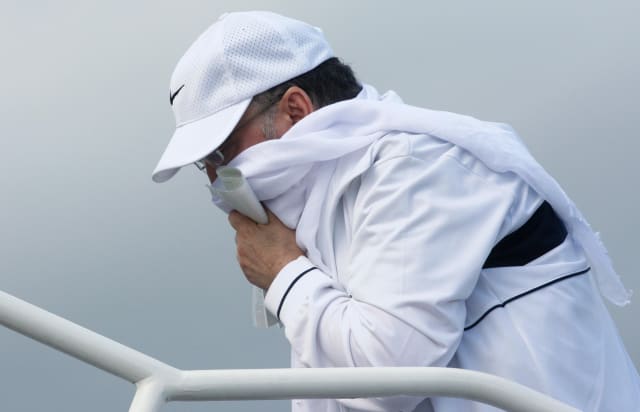 Judges hearing an appeal against the conviction of the late Abdelbaset al-Megrahi for the Lockerbie bombing have been asked to let his lawyers see protected documents held by the UK Government.

Lawyers for Megrahi’s family said it is “in the interest of justice” that the defence get to see the two documents, which are covered by a public interest immunity certificate.

Former Libyan intelligence officer Megrahi – found guilty in 2001 of mass murder and jailed for life with a minimum term of 27 years – was the only person convicted.

Claire Mitchell QC, representing the Megrahi family, said the defence should have access to the protected documents.

She told the court: “Given the passage of time these documents should fall now to be disclosed.

“As the court will understand, the public interest immunity claimed in 2008 when the proceedings were ongoing in 2008, I would respectfully submit that should not be held to apply in 2020, the reason for that primarily is the passage of time must have an effect, particularly when one is talking about the ever changing world of international relations.

In its decision published in March, the SCCRC ruled a miscarriage of justice may have occurred in his case on two of the six grounds it considered in the review – unreasonable verdict and non-disclosure, saying the Crown ought to have disclosed certain information to the defence.

Ms Mitchell also said there had been a “systemic failure of disclosure” over a range of other documents.

She told the court: “Looked at in the round, the question is whether or not there was a miscarriage of justice because that trial wasn’t fair because the failure to disclose was just systemic.”

Advocate Depute Ronald Clancy QC said the Crown had gone out of its way to be “transparent” and provide material, and that part of the problem with the systemic failure argument is that no attempt was made to define what the proper system should have been at the time.

He said the Secretary of State has given consideration to the argument over the passage of time and has lodged an updated public interest immunity certificate with the clerk of court, dated August 2020.

Mr Duguid said the validity of the certificate would need to be considered at a court hearing.

Lord Carloway said the judges would issue a written decision on Friday’s proceedings in due course, while the full appeal court hearing is provisionally scheduled to start on November 23 before five judges.

Megrahi’s first appeal against his conviction was refused by the High Court in 2002 and referred back five years later following an SCCRC review.

He abandoned this appeal in 2009, shortly before his release from prison on compassionate grounds. He died in 2012.