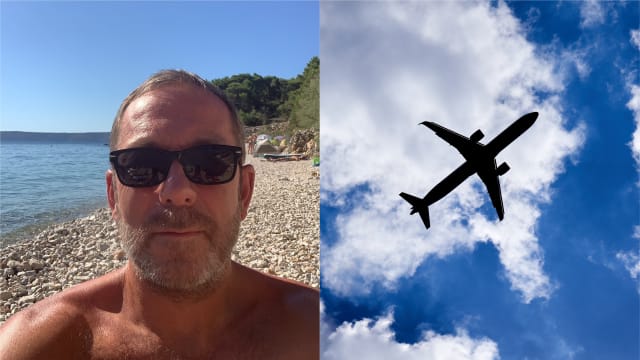 British holidaymakers say changes to travel rules are costing them thousands of pounds as travellers returning from three more countries were told they will need to quarantine.

Travellers arriving from Croatia, Austria and Trinidad and Tobago will now need to isolate for 14 days, as they were added to a list of countries that also includes France, the Netherlands and Belgium.

Steve Davies, from Yeovil, Somerset, is on holiday in Drasnice, Croatia, and said quarantining when he returns will cost him up to £1,200 in unpaid wages, which he said is “more than the cost of the holiday”.

The 50-year-old, who works as a production supervisor for Leonardo helicopters, told the PA news agency: “The announcements are a shambles with little warning to return… why can’t the Government work two weeks ahead on these announcements?

“I refuse to be panicked and I will not return early: it’s safer here than where I am in the UK.”

Mr Davies is travelling on to Poland, which is exempt from the need to isolate, on August 25 and then Britain on August 30.

According to Government rules, this means he would need to isolate for nine days on his return, taking him to 14 since leaving Croatia.

Jess, from Milton Keynes, had was booked in for a £6,500 family holiday to Greece from next week, but rescheduled it for next year after reading articles that suggested it too was likely to be added to the quarantine list.

When the changes were announced on Thursday, though, Greece was not on the list and she feels the change, which she said cost an additional £3,000, was unnecessary.

“If we’d have known this yesterday we would still be going to Greece and be £3,000 better off.”

The holiday had already been rescheduled once from the start of the school summer holidays to the end due to the pandemic.

“If the Government could stop the fake news published (about rule changes) that scares readers it would help,” she said.

“Frustratingly we booked this holiday as a special treat as (me and my husband) are both 40 this year.

“Too late for us, we are off camping to Cornwall.”

Jess is a teacher and is unable to quarantine due to schools returning, while her husband distributes personal protective equipment (PPE).

“We both worked so hard through lockdown and sent the kids to school so we could work and this is how we are repaid,” she said.

The quarantine rules for the three new affected countries come into force at 4am on Saturday.

Gove: We remain committed to seeking an agreement