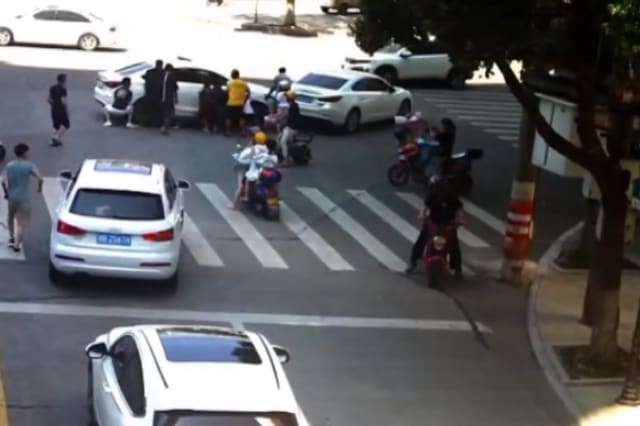 A group of kind-hearted people lifted a car up together to free a man who got trapped under the vehicle in eastern China.

Footage of the incident, filmed in the city of Ningbo in Zhejiang Province, shows a car knocking over an electric bicycle and dragging the biker underneath.

After the car stops, more than a dozen people gather to lift the car up and free him.

Luckily, the man, named Song, was wearing a helmet and was not in a life-threatening condition.