Institute of Directors chairwoman resigns over time demands of role 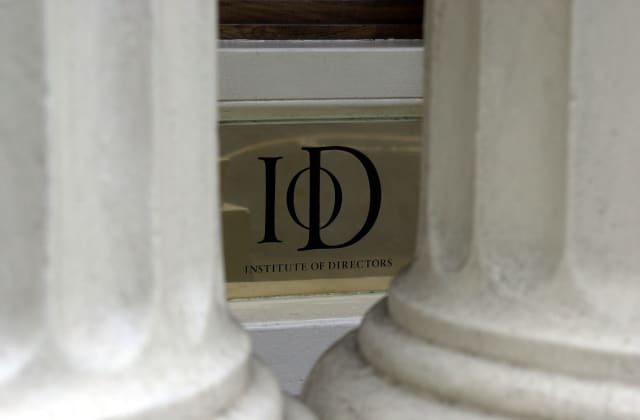 The chairwoman of the Institute of Directors has resigned because she feels unable to meet the time demands of the role during the coronavirus pandemic.

Charlotte Valeur, who was appointed in September 2018, said she would find it difficult to provide “increasing levels of hands on involvement” to the IoD while living in a “vulnerable household” in Jersey.

She said it was “with regret” that she was stepping aside to allow the business lobby group to appoint a replacement with “more time available”.

Her departure comes two and a half years after the resignation of her predecessor Lady Barbara Judge, who left amid allegations of bullying and making racist remarks.

In a statement Ms Valeur said: “In recent months it has become clear that the IoD is going through a stage in its evolution where it is likely to need increasing levels of hands on involvement from its chair, and more than was anticipated by either myself or the Council when I took on the role.

“I will find it difficult to provide this amount of time during the pandemic being resident in Jersey and in a vulnerable household.

“It is with regret therefore that I have decided to step aside to allow the IoD to appoint a chair with more time available.”

The IoD said its board had “reluctantly” accepted Ms Valeur’s resignation and was “very grateful” for the “substantial contribution that she has made to the turnaround and continued success of the Institute”.

It said it had recently announced proposals for a “significant restructure” to respond to the impact of the Covid-19 on the organisation.

John Watson, a board member and chair of the Audit and Risk Committee, has been appointed as interim chair until a permanent successor to Ms Valeur is appointed.

Last month Ms Valeur spoke publicly about her the autism diagnosis she received three years ago and argued that company boards needed to prioritise neurodiversity.

In an interview with The Times, she said she had spoken out on the issue despite there being “a risk that I will not be able to go on certain boards because they know I’m autistic”.

The resignation of Ms Valeur, who grew up in Copenhagen, Denmark, follows the March 2018 departure of Lady Judge, who resigned amid claims she bullied staff and made derogatory and racist remarks.

Then IoD director general Stephen Martin was thought to have played a part in her downfall.