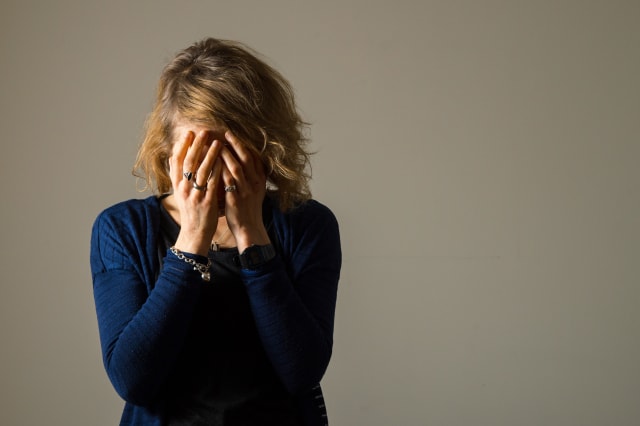 The number of adults experiencing depression has almost doubled during the coronavirus pandemic, new figures suggest.

Data from the Office for National Statistics (ONS) showed that nearly one in 10 (9.7%) British adults suffered some sort of depression between July 2019 and March 2020.

But when the same group was assessed again in June, the figure had risen to 19.2% – nearly one in five.

The majority (84%) of people experiencing some sort of depression cited stress and anxiety affecting their wellbeing, and 42% said their relationships had been affected.

The ONS research examined data from the same 3,500 British adults both before and during the pandemic.

Statisticians found those most likely to say they had been affected by depression in June were younger adults (aged 16 to 39), women, those "unable to afford an unexpected expense", and disabled people.

Depressive symptoms include low mood and loss of interest and enjoyment in ordinary things.

Researchers also examined the levels of depression – which are classed as mild, moderate or severe depression.

One in eight adults (12.9%) developed moderate to severe depressive symptoms during the pandemic, while 6.2% already were already experiencing symptoms at this level.

Just 3.5% saw an improvement during the same timeframe.

Tim Vizard, from the ONS, said: "Today's research provides an insight into the mental health of adults during the coronavirus pandemic.

"Revisiting this same group of adults before and during the pandemic provides a unique insight into how their symptoms of depression have changed over time.

"Nearly one in five adults were experiencing some form of depression during the pandemic, almost doubling from around one in 10 before.

"Adults who are young, female, unable to afford an unexpected expense or disabled were the most likely to experience some form of depression during the pandemic."