About 600,000 illicit cigarettes seized from van on motorway 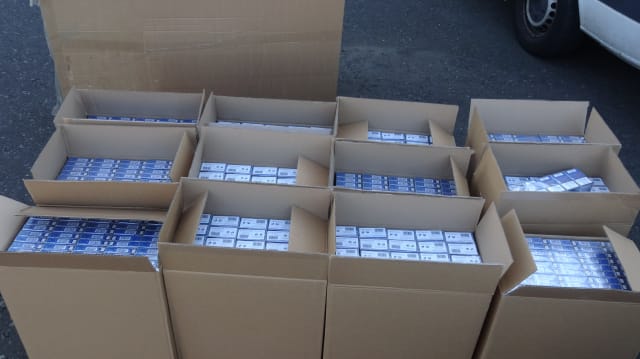 A van driver has been charged after an estimated 600,000 illicit cigarettes were seized from a van on a motorway by customs officials.

The vehicle was stopped by Police Scotland officers as it drove south on the M74 in Lanarkshire at about 11am on Friday.

Officers discovered the haul in the back of the van and alerted HM Revenue and Customs (HMRC), which estimates the duty lost on the cigarettes is £185,000.

HMRC said a 32-year-old man from Coventry was arrested and interviewed at Motherwell Police Station by customs officers before being charged with excise duty fraud.

Joe Hendry, assistant director of HMRC’s Fraud Investigation Service, said: “We are committed to disrupting the distribution of illicit tobacco across the UK and levelling the playing field for local businesses who cannot compete with criminal competitors.

“Anyone with information about people or businesses involved in tax fraud can contact our HMRC fraud hotline on 0800 788 887 or online at gov.uk.”

Gary Tickner, a road policing inspector with Police Scotland, said: “We continue to work closely with partner agencies to detect and disrupt criminal activity in our communities.”