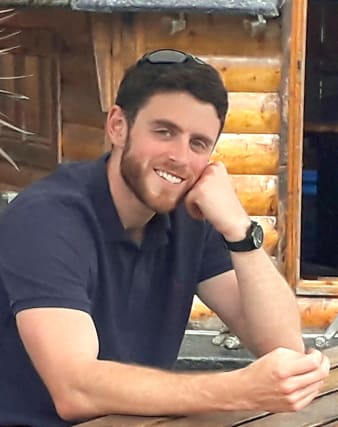 The stepsister of Pc Andrew Harper has spoken for the first time publicly about the death of her brother.

Teenager Amelia Adlam said she was angry her brother’s life had been stolen and could not believe what her family had been through in the last 12 months – describing it as “absolutely unimaginably painful”.

The 15-year-old said she would miss her older brother forever and the “hole you have left in our hearts is greater than the room left”.

The 28-year-old was dragged to his death after he was caught in a crane strap as he tried to stop three thieves fleeing after they stole a quad bike in Stanford Dingley, Berkshire, on August 15 last year.

Pc Harper, a Thames Valley Police traffic officer, had only been married four weeks when he died.

Three teenagers, Henry Long, 19, and 18-year-olds Jessie Cole and Albert Bowers, were recently sentenced for manslaughter in relation to the death.

In a statement released by Thames Valley Police, accompanied by two pictures of Amelia with Pc Harper, the teenager wrote: “A year ago today I would never thought I would have had to go through what we have.

“We have all sat in court and heard about the awful things that happened to you. We have all wanted justice and we all miss you.

“Not just me, but our family. We all love you, Andrew x.

“I remember the morning after you died when I was told the news that my big brother had been so cruelly taken away from me.

“My mind wouldn’t believe it as I sat in bed waiting for news on what happened to you in that dreadful night.

“I was left in utter confusion and disbelief that you had gone.

“I’m angry your life was stolen from you, from us. You didn’t deserve this. You deserved the world and more.”

Amelia said she would never forget her memories of her brother, or the good times they had together.

“You taught me to laugh whenever I possibly can and not to worry,” she said.

“I sit looking at our funny messages from the past and how you wish for me to come and be a traffic cop with you one day.

“I said never in a million years, yet you always insisted how it was so fun because you could drive fast.”

Amelia said sitting through the trial was difficult, listening to the “pain and torture” her brother went through before he died.

“I go home and try to do my best. I try to carry on and I try to remember the good times, yet sometimes the horrific ones are what stay in your head the most,” she said.

“I went to court for me and for you Andrew. To show you how much you meant to me and so I can move forward knowing I tried as hard as I could to stand by you.”

She also described what she would miss about her brother, such as his high protein breakfasts, his big shoes and watching films together.

“I will forever miss you, every second of every minute of every hour of every day,” she said.

“The hole you have left in our hearts is greater than the room left.

“My brother, I can’t explain the ache you have left us with, my friendly giant, my biggest buddy and now my angel, I love you x”

Long, of College Piece in Mortimer, was sentenced to 16 years, while Cole, from Paices Hill, Aldermaston, Reading, and Bowers, of Windmill Corner, Mortimer Common, Reading, were each handed 13-year terms.

Pc Harper’s family have criticised the sentences and the reductions given due to the defendants’ ages.

His widow, Lissie Harper, recently launched a campaign, backed by the Police Federation of England and Wales, for full-life prison terms for those who kill emergency services workers.