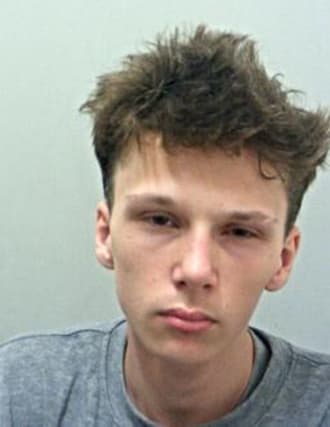 A 17-year-old boy convicted of the murder of a teaching assistant has been named after reporting restrictions covering his anonymity were lifted by a judge.

Rocky Marciano Price attacked Lindsay Birbeck, 47, in woods close to her home before he later moved her body in a wheelie bin to Accrington Cemetery where he buried her in a shallow grave.

The body of Lindsay Birbeck, 47, was discovered wrapped in two plastic bags on August 24 last year – 12 days after she went missing, which prompted a huge search by police and members of the community.

Price, of Whinney Hall Road, Accrington, was found guilty by a jury at Preston Crown Court on Wednesday.

On Thursday, trial judge Mrs Justice Yip ruled that the public interest in knowing the identity of Mrs Birbeck’s killer outweighed concerns over his welfare.

The judge said: “This was a dreadful crime which understandably generated strong public interest. The public will naturally want to know who this person was as they come to terms with something that rocked the local community.”

Mrs Birbeck left her home in Burnley Road, Accrington, for a late afternoon walk to a nearby wooded area known as the Coppice.

She had invited her teenage daughter Sarah and Sarah’s boyfriend for tea at 6pm, and when she did not return her family raised the alarm.

Price, who was 16 at the time, had been on the prowl in the woods for lone females and is thought to have killed Mrs Birbeck shortly after she entered the Coppice.

His parents took him to a police station several days after Mrs Birbeck was found, when police released a CCTV clip of a young male pulling a blue wheelie bin behind him on Burnley Road.

Family members of Price as well as some of his teachers and members of his gym recognised him in the footage.

He admitted dragging the bin from the Coppice on August 17, with Mrs Birbeck inside, across Burnley Road to the cemetery.

But he claimed he was not involved in her death and that a mystery man had approached him in the area with the promise of a large cash reward if he disposed of the body.

On Wednesday, a jury at Preston Crown Court rejected his account and convicted the youngster of murder after deliberating for more than four hours.

The verdict was returned exactly a year after Mrs Birbeck went missing.