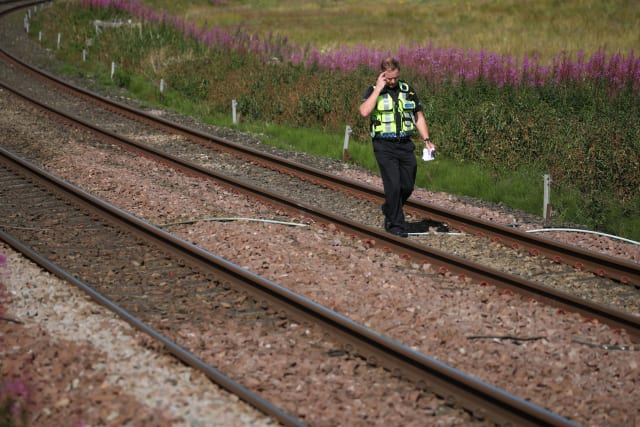 The driver who died in the rail derailment in Aberdeenshire was a former gas engineer who decided to switch careers after servicing the boiler of a railway worker, sources told PA.

A union official said colleagues "thought the world" of Brett McCullough, 45, who leaves wife Stephanie and three children, two girls and a boy.

He is a former gas engineer who had been a train driver for seven years.

Colleagues told PA he was servicing the gas boiler of an Aberdeen train driver when they started chatting about the job and he decided to join the railways.

Officials have pledged to find out what caused the train to derail near Stonehaven, killing three people and injuring six others.

The 6.38am Aberdeen to Glasgow Queen Street service derailed on Wednesday morning amid heavy rain and flooding.

The train's conductor, Donald Dinnie, and a passenger, were also killed in the crash.

Speaking on the BBC's Good Morning Scotland radio programme, ScotRail's managing director Alex Hynes, said: "Yesterday was a devastating day for everybody who works in the rail industry in Scotland.

"Our love and support is sent to the victims of this accident and their families, those that were injured in the accident and anybody who was touched by yesterday's terrible tragedy."

The Queen, Prime Minister Boris Johnson and Scottish First Minister Nicola Sturgeon have led tributes to those killed in the "tragic" incident.

In another message of condolence, sent to the Lord Lieutenant of Kincardineshire, the Queen said: "It was with great sadness that I heard of the train derailment earlier today in Stonehaven, Aberdeenshire.

"The Duke of Edinburgh, and the entire royal family, join me in sending our thoughts and prayers to the families of those who have died and those who have been injured."