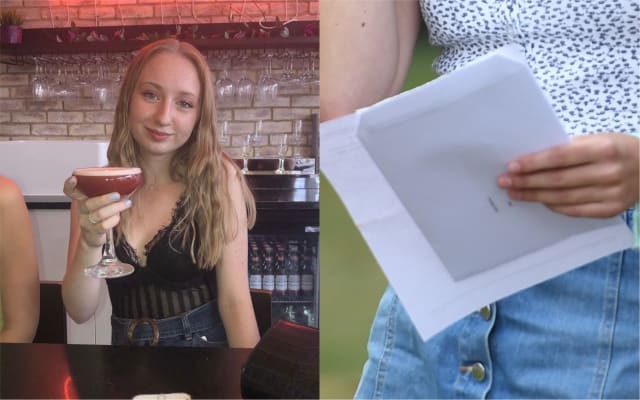 An A-level student has accused exam boards of “playing around with people’s futures” after her downgraded results meant she was rejected from her chosen university course.

Ellie French, from Basildon, had been hoping to study history at Nottingham, but her C in history means she was turned down, despite A grades in English and politics, and will now go through clearing.

Ellie, 18, told the PA news agency she was “expecting an A at least” in history, and added: “In all of my mocks I’ve ever done, I’ve never got lower than a B. I’ve never ever got a C, I’m always As and Bs.

Ellie, who studied at the Appleton School in Benfleet and intends to appeal over the grade, said she had no idea why she had been given a C.

“I honestly don’t know,” she said. “It seems like they just randomly pick and choose who can go up and who can go down in the grade, it doesn’t really make sense.

“I’m just really annoyed and confused. If I did the exam, I would have got the grades I was meant to get. It just feels so stupid. I feel like they don’t really know what they’re doing.

“They’ve really messed it up. I blame the exam boards and I think they’re just playing around with people’s futures.”

Abbie Cooper, an AS-level student from Cwmbran, said she was “distraught” after receiving two Ds and a U.

The 17-year-old said: “Last year, I couldn’t attend college a lot due to anxiety and mental health issues but any time I did a mock or a piece of work, I’d still get a D, a C or a B. The Ds that I did get had been improved to a B and a C at the end of the year, and my predicted (result) at the end of the year was a B-B-B.

“I thought I’d pretty much secured at least a C, but I checked my results this morning and it said U-D-D.”

Abbie, who attends Coleg Gwent, received D grades in politics and psychology and a U in biology and is now worried about what the results will mean for her university prospects.

“It kind of feels like they just got a number generator or a letter generator and given you a grade based on that,” she said.

“It sucks because I need these to apply for university next year because these are my predicteds for university. How can I go anywhere with these?”

Abbie, who is a member of the Welsh Youth Parliament, said she knows many people whose grades were lower than they were expecting.

She said: “I’m quite distraught. But I’m good in the sense it’s out there now and people know and if people are in the same boat they know they’re not alone. I know people who were predicted A*s and they’ve been getting Bs. It’s awful.”

She hopes to appeal over her grades.

With no exams possible this year because of the pandemic, teachers were asked to submit the grades they felt each student would have achieved and a rank of all their pupils.

Exam boards then moderated the grades to ensure the results were broadly in line with previous years.