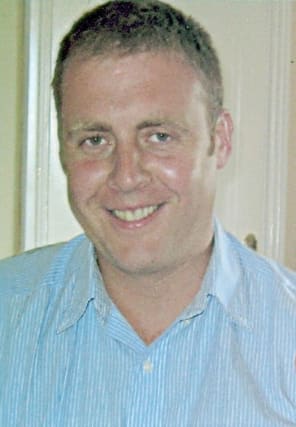 A Co Armagh man faces a minimum 40-year prison sentence after being convicted of the capital murder of a serving Garda in Co Louth.

After more than 20 hours of deliberation, the jury of five men and seven women returned a majority verdict of 11 to one.

It was the longest murder trial in the history of the state.

Brady, of New Road, Crossmaglen, Co Armagh, had already been found guilty by a unanimous jury decision of the robbery of approximately 7,000 euros (£6,293) in cash and cheques outside the credit union.

Mr Donohoe, 41, had been on duty in Bellurgan when he was killed with a shotgun blast.

The charge of capital murder includes an aggravating factor such as murdering a police officer while on duty.

The conviction carries a life sentence with a minimum 40-year prison term.

In order to convict Brady of the charge, the jury had to be satisfied beyond reasonable doubt that the accused knew he was shooting a Garda on active duty or was reckless over whether or not he was a Garda.

Brady fled to the US, via Belfast, months after the murder of Detective Donohoe.

The lengthy investigation to bring him to justice involved the Police Service of Northern Ireland and the Department of Homeland Security in the US.

Four other gang members allegedly involved in the robbery are yet to be brought to justice.

Garda Donohoe’s widow Caroline, who was a serving Garda herself at the time of her husband’s murder, spoke briefly outside court after the verdict was returned.

She thanked those involved in bringing Brady to justice on behalf of herself and her two children.

“I would like to most sincerely thank the jury for sticking with this trial for so long and for my Garda colleagues and the prosecution team on behalf of Amy, Niall and myself, thank you very much,” she said.

The murdered detective’s brother Colm said the commitment of the jury during a trial that spanned the coronavirus emergency was “humbling”.

Mr Donohoe, himself a serving member of the Garda, also thanked the investigation team, prosecution lawyers and witnesses who gave evidence.

He praised the US Department of Homeland Security for taking on the investigation “like Adrian was one of their own”.

“The quest for justice for Adrian will continue and we appeal to anyone near or far who has any information that may assist in this investigation to come forward and do the right thing and bring those involved to justice.

“While justice has been done today, nothing will bring back Adrian to his wife, his two kids, his parents, his family and his friends. As has been said at this trial, Adrian was a good man and it is the very least he deserves that justice be served.”

Garda Chief Superintendent Christy Mangan said it was an important day for the administration of justice in Ireland.

He made clear that the investigation was not over.

“It has taken a trans-national multi-agency murder investigation and this trial to uncover the truth of what actually happened at Lordship Credit Union on January 25 2013,” Mr Mangan said.

“This is part one of the investigation that has been completed.”

He thanked the jury and court staff for their time during the pandemic.

After the verdict, Brady was remanded into custody at Cloverhill prison. He will appear in court again on October 14 for a sentencing hearing, when victim impact statements will be heard.

Presiding Judge Mr Justice Michael White thanked the jury on behalf of the people of Ireland for their long service in the trial, which started in January.

He said: “You have given up your time during a life-threatening pandemic and you have all done the state some service.

“Thanks for your patience during this long trial.”

“Our first thoughts are with the family of Adrian Donohoe. No verdict and no sentence can ever replace the life taken from them,” he said.

“We can only hope that today’s verdict begins the process of bringing healing and closure to Adrian’s family.

“Adrian was a Detective Garda from a family steeped in Garda tradition. Our thoughts are with them and with Adrian’s Garda colleagues who lost a great workmate and a great friend on that fateful night seven-and-a-half years ago.

“We also extend our thoughts to the community Adrian served; and to his GAA (Gaelic Athletic Association) colleagues in Co Louth and in his home county of Cavan.”