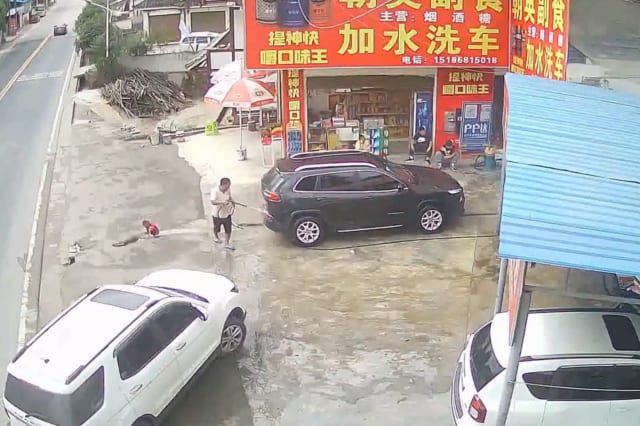 A two-year-old boy miraculously survived after being run over by a car in southern China.

The terrifying moment, filmed in the city of Kaili in Guizhou Province, shows a toddler squatting on the ground in front of a car wash.

However, an SUV suddenly turns towards the toddler and runs him over.

A woman with a baby in her arms witnesses the incident and runs to stop the driver immediately, followed by a man who was washing a car nearby.

The toddler is then seen climbing out from the bottom of the SUV himself.

Fortunately, the boy only suffered soft tissue contusion, according to reports.