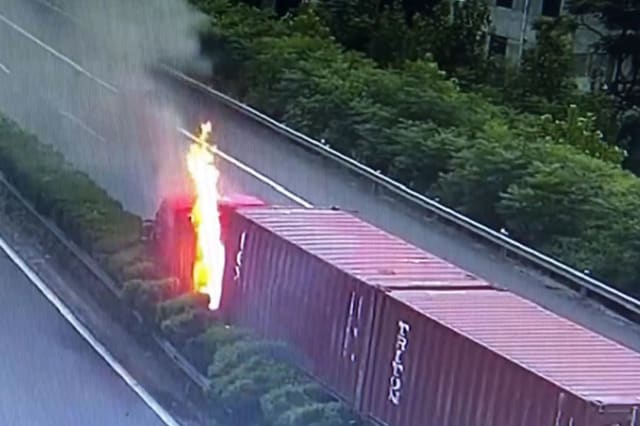 A driver jumped out of a truck to escape after it crashed into the central reservation and caught fire in eastern China.

The terrifying CCTV video, filmed in the city of Jinhua in Zhejiang Province, shows a ball of fire suddenly bursting out of the crumpled truck.

The driver is then seen jumping out of the cabin through the window to escape the inferno.

According to reports, the driver named Zhang did not take a rest when transporting around 30-tons of rice to Jinhua City.

When Zhang spotted another truck in front, it was already too close to brake, so he turned the steering wheel to change direction, causing the truck to crash.