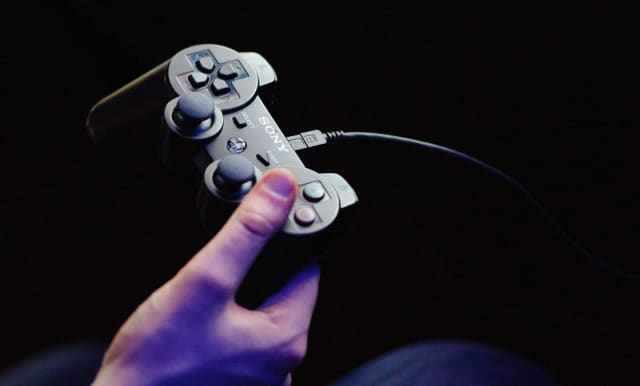 According to a study by the National Literacy Trust, many young people see games as providing a route into reading and a way to boost confidence in their reading skills.

A survey of more than 4,600 young people aged 11 to 16 found that 79% of those asked who played video games read materials relating to gaming such as in-game messages, reviews and blogs.

Just over one in three said they believed playing games made them better readers.

The research also suggested that gaming had the ability to increase empathy among players, with 65% saying games helped them imagine being someone else.

It also suggested that video games had played a key role in supporting the mental health of young people during lockdown.

The research was carried out as part of a new campaign from the National Literacy Trust, the Association of UK Interactive Entertainment (Ukie) and Penguin Random House Children’s to explore the relationship between video games and literacy engagement among school pupils.

Jonathan Douglas, chief executive of the National Literacy Trust, said: “We know that video games are a part of everyday life for so many children, young people and families across the UK, so it is exciting to uncover the opportunities that video game-playing can provide for young people to engage in reading, stimulate creativity through writing, enhance communication with friends and family, and support empathy and wellbeing.

“Covid-19 has significantly disrupted young people’s literacy and learning in recent months, and we want to ensure that no stone is left unturned when it comes to identifying new and innovative ways to support children’s literacy when they return to school in September.

“Through our partnership with Ukie and Penguin Random House Children’s, we hope to be able to provide families and schools with the resources and tools they need to harness the benefits of video games for young people’s literacy.”

According to the research, the literacy benefits of gaming were found to be stronger in boys and reluctant readers.

Nearly three-quarters (73%) of those who said they did not enjoy reading said that playing video games helps them feel more part of a story than book-based text.

Last month, a study found that boys had fallen further behind girls at reading regularly and enjoying it during lockdown.

Rhianna Pratchett, an author and video games writer who has worked on Tomb Raider, Heavenly Sword and Mirror’s Edge, said: “Video games transport us into new worlds, new experiences and make us feel part of the story like no other medium.

“It’s no surprise to see that young people’s engagement with video games is at an all-time high, and it’s great to see the important work the National Literacy Trust are doing to better understand how games can help improve literary, emotional engagement and understanding in their audience.”