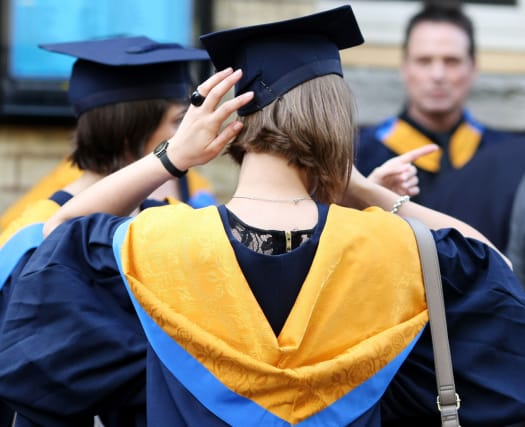 Thousands of new people might start looking for jobs in coming months as a cohort of students and workers who lost their jobs after furlough come onto the jobs market, experts have said.

The warning came as figures showed that many of the 730,000 people who have been taken off UK payrolls have not yet started hunting for work.

The UK’s unemployment rate has not grown as feared, even as its employment rate dropped significantly since the beginning of lockdown, new figures showed on Tuesday.

The Office for National Statistics said that payrolls had reduced by 730,000 since March, but unemployment was steady at 3.9%, despite predictions it would hit around 4.2%.

Workers who lose their jobs are not counted as unemployed in official statistics until they start actively looking for a new job, which many have not in a tough jobs market.

“Students are set to receive their GCSE and A-level results over the next fortnight, meaning a new wave of young people will be looking to enter further or higher education or the world of work,” she said.

Experts are predicting a big spike in unemployment in coming months as the Government’s furlough scheme comes to an end.

About 9.6 million people have been put on government-supported furlough at some point since March, but the policy finishes in October.

“That could see unemployment average over 6% this year compared to only 3.9% at present.”

“Today’s figures show more of the impact the virus is having on both our economy and labour market, meaning many people will be understandably concerned about the future – which is why we’ve set out our Plan for Jobs, to protect, create and support jobs as we build back our economy,” said minister for employment Mims Davies.

“We are determined to build back stronger and support people as we move into recovery.”

Labour shadow work and pensions secretary Jonathan Reynolds said: “Labour has repeatedly warned the Government their one-size-fits-all approach will lead to job losses. These figures confirm what we feared – Britain is in the midst of a jobs crisis.

“It is extremely worrying that this increase in unemployment has hit older workers, the self-employed and part-time workers hardest.

“The Government must wake up to the scale of this crisis and put an end to this jobs crisis, and adopt a more flexible approach targeted at the sectors who need it most.”

Rebecca McDonald, senior economist at the Joseph Rowntree Foundation, said: “Preventing falling levels of employment turning into a surge in poverty must be a national priority.”

Federation of Small Businesses national chairman Mike Cherry said: “The success of the job retention scheme has kept our employment figures healthy over the past few months but reality is now starting to hit home.

“As our economy unlocks, many thousands of people will be looking for work over the next year. That’s why a focus on job creation – not just retention – is so critical.

“In light of today’s figures, the future of the job retention scheme will need to be reviewed closely. The option of a meaningful extension to the furloughing initiative should be kept open, especially now local lockdowns are a fact of life and a meaningful second spike in coronavirus infections is possible.”