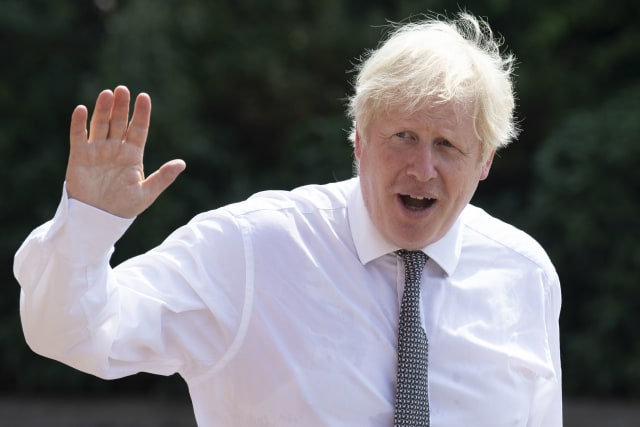 Boris Johnson insisted it will be safe for children to return to school in England in September despite reports a study has found secondary school pupils transmit coronavirus like adults do.

The Prime Minister said he had “no doubt” that schools would be able to reopen, but stressed the need for discipline to prevent the spread of the virus.

Education Secretary Gavin Williamson has insisted that research showed “little evidence that the virus is transmitted at school”, and Health Minister Edward Argar warned against reading too much into the unpublished work by Public Health England (PHE).

The Times reported preliminary results from the PHE work suggests that primary schools pose little danger, with only six positive tests out of 9,000 tested so far.

But it is thought that the study, which divided children into under-10s and over-10s, discovered a difference in the older group, which researchers now want to investigate when secondary schools reopen fully.

Asked how worried he was about the report, Mr Johnson said schools had done a “fantastic job” preparing to readmit all pupils.

He told reporters during a visit to Herefordshire: “I have no doubt that it can be done safely. Schools are doing a huge amount to make sure that it is done safely.

“Just for the sake of social justice, ensuring that all our kids get the education they need, we need to get our pupils, our children, back to school in September, and I am very, very impressed by the work that has been done to make those schools Covid-secure.”

He added: “I’m afraid you are going to see outbreaks, we have seen them across the country in the last few weeks and months and we have also seen the immense efforts that local authorities have gone to, local communities have gone to, to get that outbreak under control.

PHE dismissed suggestions that its findings could lead to older pupils being subjected to tougher rules.

Viv Bennett, PHE chief nurse, said: “Parents can be reassured that to maximise safety in schools, an extremely stringent system of controls has been advised by PHE and is published in Department for Education guidance.

“Evidence so far indicates that schools do not appear to be a primary driver of coronavirus infections in the community.

“Globally children and young people have been found to experience coronavirus asymptomatically or as a minor illness.

“Age remains the biggest determinant for severe illness and complications in children and young people are extremely rare.

“Reports that PHE has recommended ‘tougher rules for older children’ are incorrect.”

The findings of PHE’s analysis of cases and outbreaks in educational settings will be published in due course.

Mr Argar told Sky News: “I think we should be cautious about reading too much into that work in progress, it’s important work but it isn’t complete yet.”

But he added: “On the basis of the work that has been completed and those international comparators, we are confident that children and young people are much less at risk from this disease and from passing it on than other adults more broadly in the community.”

Preparations for English schools to fully reopen continued as some Scottish children returned to class for the first time since March.

Pupils in the Scottish Borders are returning on Tuesday, as are some in Shetland on a phased basis.