Farmer accused of bid to extort £1.4m from Tesco by contaminating baby food 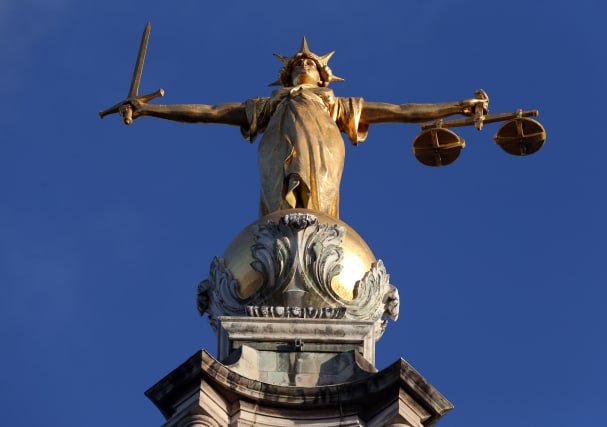 A sheep farmer allegedly tried to extort cryptocurrency from Tesco in exchange for revealing in which of its stores he had planted jars of baby food laced with metal, a court has heard.

Nigel Wright, 45, from Market Rasen, Lincolnshire, is accused of bombarding the supermarket chain with letters and emails in the name of “Guy Brush” between May 2018 and February 2020.

Wright allegedly claimed the contaminated food had been planted in numerous stores and that he would only reveal where once more than £1 million in bitcoin had been paid to him.

He denies two counts of contaminating goods and four counts of blackmail.

On the first day of his trial at the Old Bailey on Tuesday, the jury heard Wright had initially demanded 100 bitcoin from Tesco.

He claimed to be part of a cohort of disgruntled dairy farmers calling themselves “Guy Brush and the Dairy Pirates” who believed they had been underpaid by Tesco.

Prosecutor Julian Christopher QC told the jury: “The prosecution allege that over a period of two years from spring 2018, the defendant hoped to make himself rich by means of blackmail.”

In November and December 2019, two customers found slivers of metal in jars of baby food as they fed them to their children.

He also claimed the salmonella and chemicals had been injected into cans from other brands, and threatened to continue poisoning Tesco products if payment was not made, it is said.

A draft of messages sent to Tesco was found on Wright’s laptop and photos of tins of food and jars of baby food and slivers of metal.

There is no evidence that any other products other than the two jars of metal-spiked baby food discovered were actually contaminated, the Old Bailey heard.

In one of the counts of blackmail, Wright allegedly threatened to kill a driver with whom he had had a road rage altercation unless he paid him bitcoin worth £150,000.

Wright allegedly tracked him down and sent him a letter including a picture of the complainant and his wife with bullet holes and a target superimposed on it, the court heard.

He was eventually traced to his family home on a farm outside of Market Rasen where he lived with his wife and two children and their flock of sheep.

Wright admits carrying out various elements of the campaign but claims he was forced to do so by travellers who had come to his land and demanded he give them £1 million.

He claims the group of men threatened to rape his wife and kill him and his children and that he was acting in fear of his life.

Wright denies planting the shards of metal in the baby food found in the Rochdale branch of Tesco.

The prosecutor said: “You the jury will have to determine whether his story of being threatened by travellers is true.”

He added: “The prosecution suggest that it changes whenever he is confronted with more evidence which he has to explain, and is completely untrue.”

The trial, which is expected to last three weeks, continues.