Ministers warned against ‘push back’ suggestion for migrant boats 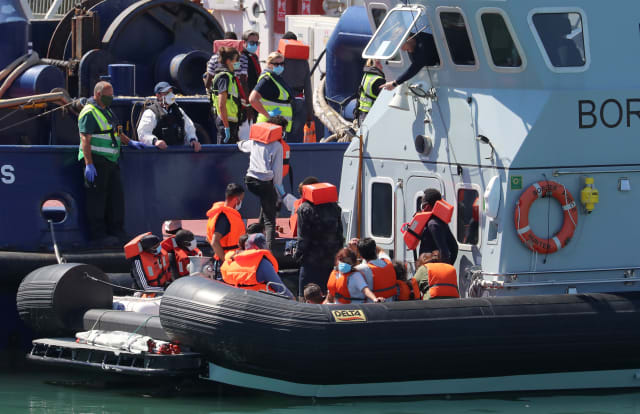 Any attempts to “push” migrant boats back to French waters risks potentially fatal capsizings, a former home secretary has warned amid calls for the UK to broker an agreement with France.

Ministers under pressure to act over record numbers of the perilous crossings are considering using Royal Navy and Border Force vessels to block the small boats in the English Channel.

But Jack Straw, who was a Labour home secretary, said any move modelled on Australia’s controversial “push back” approach deployed against migrants from Indonesia could have deadly consequences.

“I don’t think that just trying to push these people back is going to work and it will only take one of these dinghies to capsize and everybody to drown, which is perfectly feasible, for their to be a hullabaloo, including in the Conservative Party, and for the policy to have to be reversed, so I wouldn’t go down that route,” he told BBC Radio 4’s Today programme.

“The crucial point here is the obvious one, is that it requires the co-operation of the French.”

Immigration Minister Chris Philp said he will meet French counterparts next week to work “to stop these illegal migrants from getting in the water in the first place”.

But he also wrote in the Telegraph that “we need to intercept those who manage to leave France” and said he would encourage the French “to look at hard interceptions at sea”.

And Schools Minister Nick Gibb told Today that he UK will be using “boats to try and prevent people leaving” and crossing the English Channel.

“Australia does an operation they call ‘push back’ and it has been successful. It is one option we are looking at,” a Whitehall source told the Times.

A separate Home Office source did not rule out the option, telling the PA news agency: “There are a number of operational decisions under consideration.”

The department has said it is possible the Navy could be deployed to patrol people trying to make the journey, a move branded “completely potty” by one Ministry of Defence source.

The debate on how to act comes amid an increase in crossings, with warnings that smugglers are exploiting a “loophole” in the law of the sea which obliges vessels to rescue people once they enter waters in their jurisdiction.

Tony Smith, a former Border Force director-general, told Today that a “bilateral agreement” with France is necessary to prevent the situation continuing.

“And we need to find a way of breaking this circle and stopping the pull factor which is fuelling the smuggling supply chains,” he added.

Kent County Council leader Roger Gough said the 400 migrant children the authority has taken into its care this year include 60 in the first week of August, with 23 arriving on Friday alone.

On Thursday, at least 235 migrants made the dangerous journey in 17 boats, setting a new single-day record.

And amid continued fine weather and calm waters on Friday, more than 130 migrants made it to the UK in 13 boats, the Home Office said.