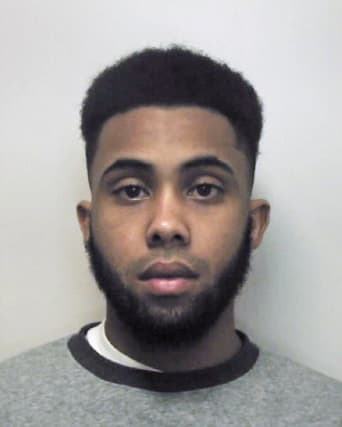 A “truly evil” former warehouse packer has been jailed for life for raping and murdering a “caring” would-be classroom assistant and friend who had longed to teach.

Wesley Streete, who towered over his slightly-built victim, dumped Keeley Bunker’s body face-down in a brook in a park before trying to conceal his crime with branches on September 19 last year.

He was given life with a minimum term of 29 years by Mr Justice Jeremy Baker at Stafford Crown Court on Friday, for the killing and what the judge called a “carefully crafted” scheme of lies following his crime, tailored to fit the evidence.

The Crown Prosecution Service welcomed the sentence, saying: “Wesley Streete will now face the consequences of his truly evil actions.”

The 20-year-old repeatedly lied about what had happened to Ms Bunker, also 20, after they returned to their hometown of Tamworth following a night out at Snobs nightclub in Birmingham to celebrate her recent birthday.

Streete had been “trusted” to walk the friend he had known since infant school back to her house, jurors heard.

Jailing Streete, Mr Justice Baker told him: “She told Monique she would be safe at home, as you had offered to walk with her back to her house.

“Unfortunately nothing could have been further from the truth.

“Because, on the way back to her house, I am satisfied you persuaded Keeley to divert to the rugby club, probably on the pretext of going for a smoke.

“However, what took place in Wigginton Park is you proceeded to rape Keeley Bunker, in the course of which you murdered her by throttling her, in all probability by placing her in a choke-hold for sufficient period of time to kill her.”

He added that the choke-hold would have been “minutes, rather than seconds”.

The judge went on: “When you had finished with her, you decided to hide Keeley’s now lifeless body by depositing it in the brook, covering it up with branches.

“You then walked back to your home, went to bed and slept.”

Streete, who once had a football scholarship to play for Lichfield and Tamworth, initially said he had left Ms Bunker to walk home alone, before later claiming that he “accidentally killed her” during consensual sex in the park.

He changed his account at least four times before his trial.

The judge said that while Streete “repeatedly lied” about what had happened, it was Ms Bunker’s uncle, Jason Brown, who made the “dreadful” discovery of her partially-submerged body during a massive search effort involving family, friends and police.

After his conviction, Debbie Watkins, Ms Bunker’s mother, said she had been “robbed” of her “precious and beautiful” daughter.

Ms Bunker’s sister described her sibling as “one of the most vibrant, caring and beautiful souls this earth has ever seen”.

The judge said: “I am aware that no sentence which is imposed in relation to the offence of murder will assuage the feelings of devastation, grief and loss suffered by Keeley Bunker’s family and those who loved her.

“It is clear that not only was she loved by so many but that Keeley was one of most kindest, caring of individuals.

“Moreover, not only has she lost the opportunity of fulfilling her life ambition, helping to educate young children, her family have lost the company of their beloved daughter, sister and niece.”

The judge said the starting point for Streete’s sentence would be a minimum of 30 years, but reduced the tariff to 29 years and 46 days, allowing for 319 days of time already served.

He told Streete: “You may never be released as that will only occur if and when the Parole Board is satisfied it is no longer necessary for the protection of the public that you should be confined.

“Even if you are released, you will remain on licence and subject to recall for life.”

Streete, previously of St Austell Close, Tamworth, was also found guilty of two other counts of rape and three counts of sexual assault against three other victims, said to have happened in previous years.

He was handed jail terms of between six months and five years for those offences, to be served alongside his life sentence.